Anthony Joshua had a cheeky response to his rival's fans after hearing chants of "There's only one Tyson Fury " while on holiday in Marbella.

The WBA, WBO and IBF heavyweight champion is currently relaxing in Spain before beginning training for his fight against Kubrat Pulev in November.

And as he made his way Opium Beach Club, 30-year-old Joshua heard chants signing the name of British arch-rival Fury – who holds the WBC belt.

AJ posed for selfies with fans before laughing at the chants and holding up a playful middle finger in the direction of those taunting him before heading into the club.

Joshua and Fury are set to meet in the ring next year after agreeing in principle to a two-fight deal last month.

However, both fighters face different challengers before the highly-anticipated unification bout can take place.

Pulev's manager has spoken of his confidence that the Bulgarian bruiser will beat Joshua before beating Fury to become the undisputed champion.

Promoter Ivan Gotzev told WorldBoxingNews : “Kubrat’s thinking, let them do all the planning. Then let me get that Tyson Fury fight.

“Because defeating AJ will create a great podium for a Tyson Fury showdown. He’s already beaten the younger Fury. Kubrat feels [he] is the better Fury.”

Though Fury and Joshua hold all the heavyweight belts between them, there is a chance some may be stripped by the time of the super-fight next year.

Oleksander Usyk is mandatory challenger for WBO gold, while interim champion Dillian Whyte has long-been waiting for his shot at the WBC belt.

Fury and Joshua agreed a 50-50 split for the prize money of their first fight, while the winner of that bout will carry a 60-40 advantage into the second meeting. 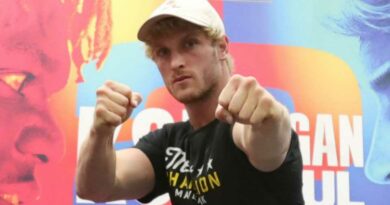 Why did Logan Paul spend $3.5 million on fake Pokemon cards?