Anthony Joshua has hailed Tyson Fury for his honesty over ten years on from their spar at Finchley ABC back in 2010. The two British heavyweight world champions are hoping to finalise terms for an undisputed clash in 2021 and in the eyes of AJ, it’s just another a fight.

The WBA, WBO and IBF world champion was criticised by the Gypsy King for failing to call on the fight after his ninth-round stoppage of Kubrat Pulev.

Yet Joshua insists he is taking the ‘less talk, more action’ approach and claims he will do his talking in the ring once the fight is signed.

Shortly after discussing his dismantling of Bulgarian veteran Pulev, the 31-year-old eluded to the fact Fury is well aware of his signature uppercut punch ahead of a potential super-fight.

AJ told iFL TV in an interview at Finchley ABC: “I’m chilled, it’s only a fight. It’s not a big deal, it’s a 12-round fight.

“I’ve done rounds upon rounds of sparring. I’ve been in the ring with Fury, this ring here.

“We talk about about the performance [against Pulev], we probably wan’t to talk about those uppercuts right?

“Fury knows about them uppercuts! He said it on the BBC interview years ago. I respect him for his honesty.

“Sparring is sparring, you don’t gain nothing but it’s nice to share a ring with someone I’m fighting. 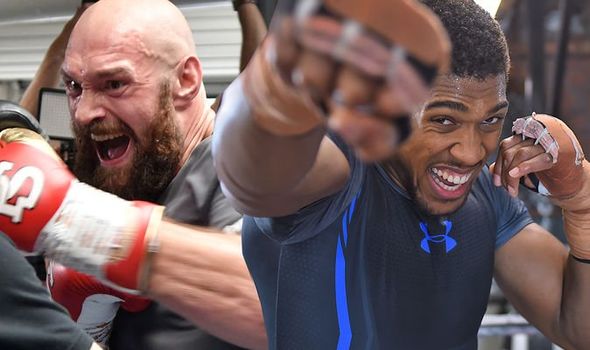 “It’s funny how he mentioned the uppercut years back, you can see throughout my career it’s brought many successes my way.

“I just look forward to competing with him, no splits, hold ups, let’s just get it rolling.”

As Joshua mentioned, he’s had plenty of joy with the uppercut throughout his career and the punch was integral to his successful stoppages of Dillian Whyte, Wladimir Klitschko and Alexander Povetkin.

When speaking to Radio 5Live shortly after his spar with Joshua, Fury made it clear that he was impressed by the work of his opposite number in the ring.

“I went down to Finchley Boxing Club and I sparred with the ABA champion, Anthony Joshua,” Fury told Steve Bunce back in 2010.

“He’s red hot, him, he’s very good. To be honest with you, I thought to myself, ‘I’m only going to take it easy as he’s an amateur and we probably won’t spar again if I go mad.’

“He’s rushed out at me, he threw a one-two and left-hook and I slipped. I thought, ‘He’s not that good, I’m going to take my time.’

“Then bash, he gives me a big uppercut right on the point of the chin.

“If I’d have had a bit of a weak chin like David Price, I’d have been knocked out for a month. 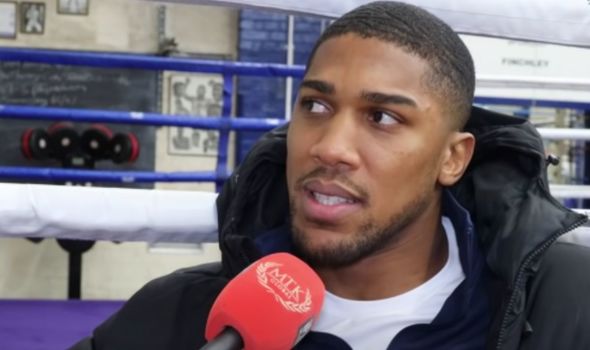 “He’s very, very good and he’s only young, 20, watch out for that name Anthony Joshua he is one prospect for the future.

“I thought ‘Oh my god, an amateur is killing me.’

“Being a professional, and I’ve been an amateur myself and fought all over the world, I slowed him down a bit with a few good body shots.

“The kid’s only 20, and I’m a handful myself, so for him to put up a good performance like that against a top prospect in me, I think he’s one for the future.”