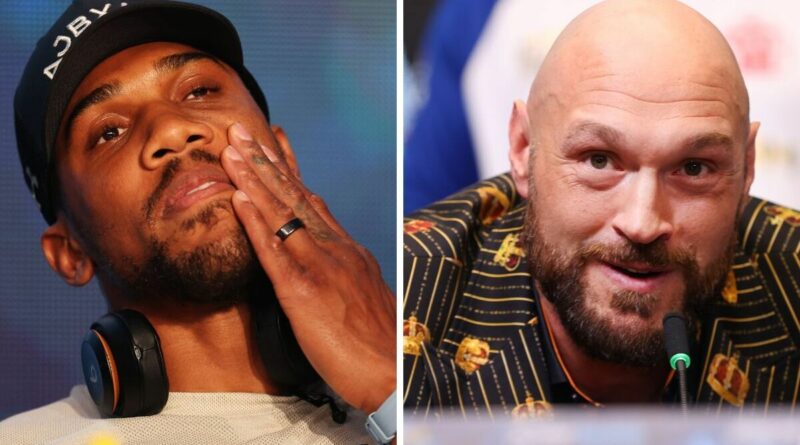 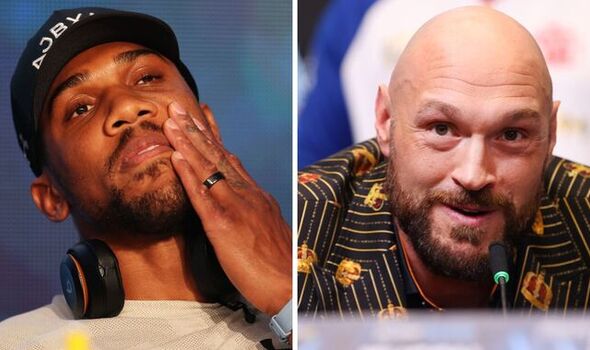 Anthony Joshua has responded to Tyson Fury’s offer to train him and he’s not best pleased. AJ believes there is nothing the Gypsy King can teach him and that he should focus on his retirement instead.

Joshua’s response comes after his long-time rival questioned the Watford powerhouse’s decision to replace Rob McCracken with Robert Garcia. The WBC champion claimed the only way his fellow countryman would have any chance of beating Oleksandr Usyk in their August rematch is if he let Fury train him. But Joshua is not interested in the slightest.

“Is there anything I could learn from him? Honestly, no not really,” Joshua told The Mirror. “For a man that’s retired, go and have a beer, relax, go and help some people who need it, what are you talking about me for?

“He’s an interesting character but I wouldn’t take his help as well. I’ve done my thing, he has done his and good luck to him whatever he’s doing.” 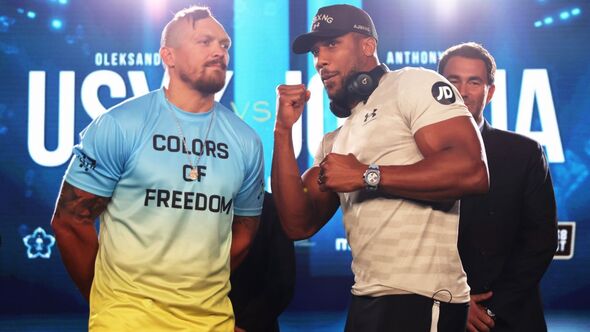 Joshua dropped his WBC, IBF, and WBA ‘super’ heavyweight titles to Usyk in September last year, putting plans of an undisputed unification clash with Fury on hold. Since the defeat, Fury has knocked out Deontay Wilder and long-suffering WBC mandatory Dillian Whyte during their bout back in April.

After defeating Whyte, the Mancunian retired from professional boxing and is now said to be awaiting the result of Usyk-Joshua II before making any further decisions. Despite Fury insisting he will remain retired, Joshua and his promoter, Eddie Hearn, are confident they can lure him back into the ring providing Joshua beats his Ukrainian foe.

“Let’s be honest, when AJ wins his fight, that’s happening,” Hearn told The Mirror. “It’s the biggest fight ever in boxing, not just in boxing today.” 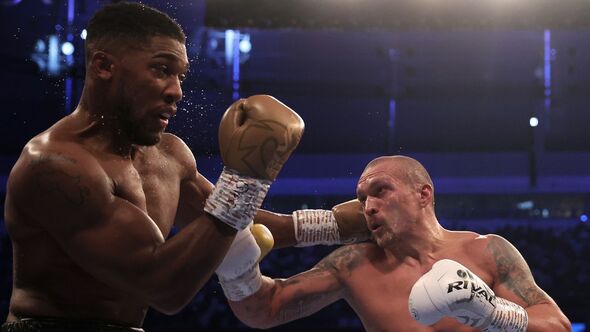 Before Joshua added: “It’s his choice because this is a fight we’ve been chasing for how many years? We were this close and then the arbitration happened, and then it fell through.

“We were already in preparation for it, about two weeks, and then it changed like, ‘Nah, done’, and then we’re fighting Usyk. It’s not up to us, he has to make that decision for him but he’ll fight.”

If Fury chooses to stay away from the ring, fellow Brit Joe Joyce has made it clear he would be interested in a fight with Joshua. The pair fought each other as amateurs with Joshua coming away with a first-round stoppage victory. Despite this, The Juggernaut is adamant he will beat AJ. But Joshua is less convinced by the skills his rival possesses.

In the same interview, Joshua said: “He’s a businessman as well, he was promoting a [testicle] trimmer the other week wasn’t he?

“We’re all trying to promote something and be businessmen, he’s promoting [testicle] trimmers, I don’t.

“What’s good for him is not good for me, I don’t cuss him for it so he needs to just focus on himself. 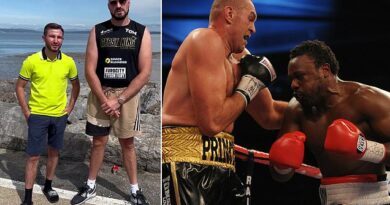