Anthony Joshua believes that he had friends in boxing ready to ‘stab me in the back’ following his devastating TKO loss to Andy Ruiz Jr last summer. Joshua won the rematch six months later in Saudi Arabia.

Ruiz Jr wasn’t the same fighter who produced one of the biggest upsets in boxing history when he faced Joshua in December.

He came in 15lbs heavier than he did for the first fight and was outgunned all night as he let his titles slip from his grasp.

Joshua won the bout on all three of the judges’ scorecards by a considerable margin, and he now wants an undisputed fight with Tyson Fury. 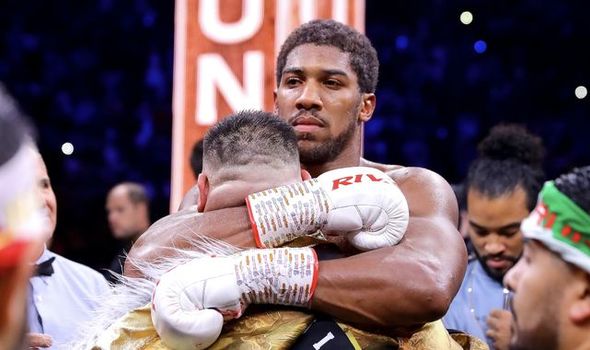 But in an interview with DAZN, Joshua spoke about the impact the loss to Ruiz Jr had on his relationship with people in boxing.

“I had my own issues going on, that I said I would explain one day,” he told DAZN.

“So I just took my loss like a man.

Boxing news: Anthony Joshua the ‘only’ fighter who can beat Fury

“But what I found is that a lot of my industry friends that were smiling in my face were ready to stab me in the back when I took my loss.

“It went even better. It was a one-sided fight. A classic display of the sweet science of hit and don’t get hit.

“Take the belt with ease and get back on the gravy train.

“Andy couldn’t keep up, he couldn’t move his feet. 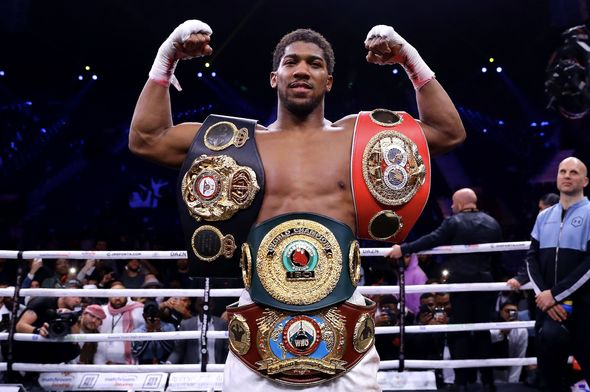 “Couldn’t throw his hands fast enough to keep up with me.

Joshua was scheduled to fight Kubrat Pulev on June 20 but the coronavirus has pushed the fight back until later this year.

A new date has yet to be announced, but the fight could happen on July 25 at Tottenham Hotspur Stadium.

Ruiz Jr hasn’t yet fought since his loss to Joshua, but was talked about as a potential opponent for Dillian Whyte, who faces Alexander Povetkin next. 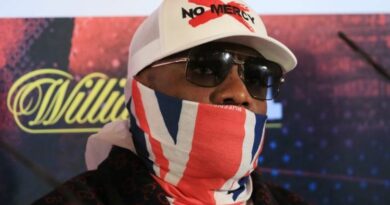