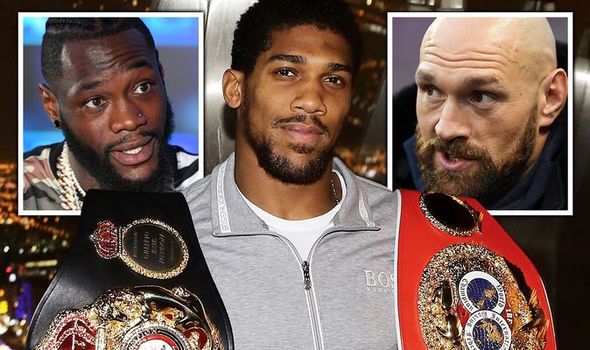 Anthony Joshua has told Deontay Wilder and Tyson Fury he’s ready to fight them next – and warned ‘they know where to find me’. AJ is plotting his next move after reclaiming his heavyweight world titles in Saturday night’s rematch against Andy Ruiz Jr in Saudi Arabia.

Joshua moved back to the top of the heavyweight decision with a unanimous decision victory over the Mexican.

And now he’s set his sights on the other two big guns of the sport in Wilder and Fury.

Asked on Good Morning Britain if he will face Fury or Wilder next, Joshua said: “I would love to make that my next fight.

“I’m taking it one step at a time. Whenever they are ready, they know where to find me.

“I’m not a running champion, I’m someone who will fight the best in the world. 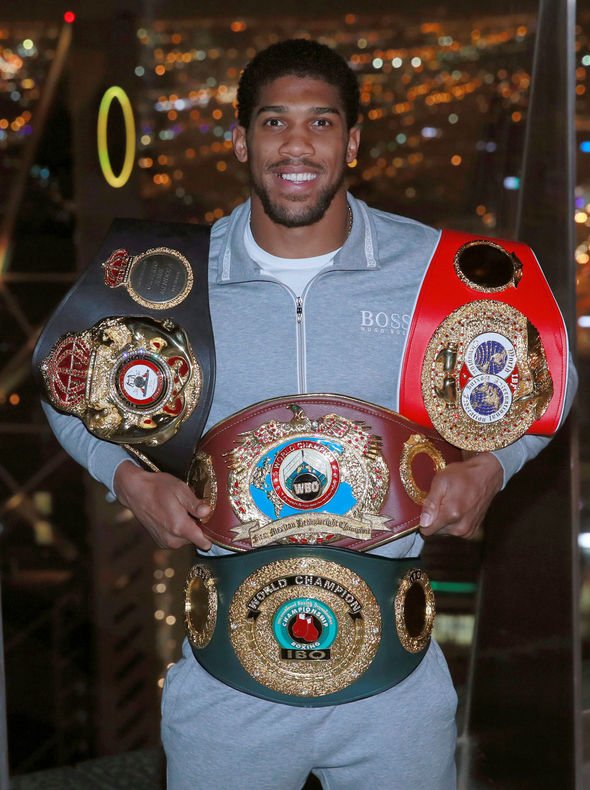 “I would love to have the opportunity to either beat Deontay Wilder or beat Tyson Fury.”

Asked if he believes he would beat them should they meet in the ring, Joshua responded: “I definitely believe so.

“I believe I have their number, because I can display a variety of skills when it comes to boxing.”

However despite the clamour for a Wilder or Fury fight he is likely to have to face a mandatory challenge for one of his belts with Kubrat Pulev the most likely.

Eddie Hearn is already in talks over a venue for the next fight and Tottenham’s new stadium is a potential option as Joshua looks to return to London for the first time in over a year.

Hearn said: “Tottenham Hotspur is a nice new stadium for a UK fight and we’re having a look at that.

“We have spoken to Spurs about doing it and they were very keen to host the Ruiz fight, but the dates did not work out.

“They are very keen again and it would be a nice London stadium to do it in.”

Ruiz was also keen on a rematch in the immediate aftermath of Saturday’s fight but is unlikely to be granted one for a while.

Oleksandr Usyk is another option, and is the WBO’s No 1 contender. Much could depend on Fury and Wilder’s rematch early next year, although AJ will be keen to have a date booked in before then which probably rules them both out.

Brook vs Zerafa: Kell Brook returns to the ring against Michael Zerafa on Saturday night

Golden Contract: Featherweight and super-lightweight semi-finals are on February 21