Home » Boxing » Anthony Joshua tattoo: What are the tattoos on AJ’s right shoulder and neck? 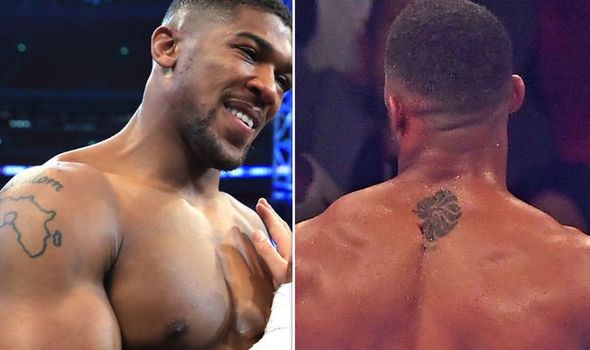 Anthony Joshua is looking to defend his WBA, WBO, IBF and IBO titles tonight at the Garden.

Ruiz Jr, though, wants to become the first ever Mexican heavyweight champion.

Joshua is making his American debut and is expected to fight in front of a sellout crowd that includes around 8,000 Brits.

Joshua’s huge physique will be on show, in stark contrast to Ruiz Jr, whose rotund body shape isn’t likely to give AJ any trouble.

Also on display will be Joshua’s noticeable tattoos.

Below his neck, between his shoulders, it’s clear he has the Team GB lion head emblem inked on his body.

And on his shoulder is the outline of the continent of Africa.

Above that tattoo is another one which says ‘wisdom’. 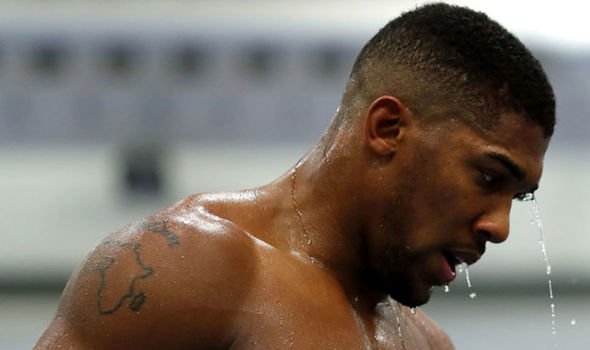 “I always seek wisdom and knowledge like the wise men from the Italian films and Wiseguy, all that stuff,” he said before he faced Wladimir Klitschko in 2017.

“I’ve always sought it, so it had relevance and meaning to me.

“I learnt more about my family’s history and I ended up getting an Africa tattoo underneath it. 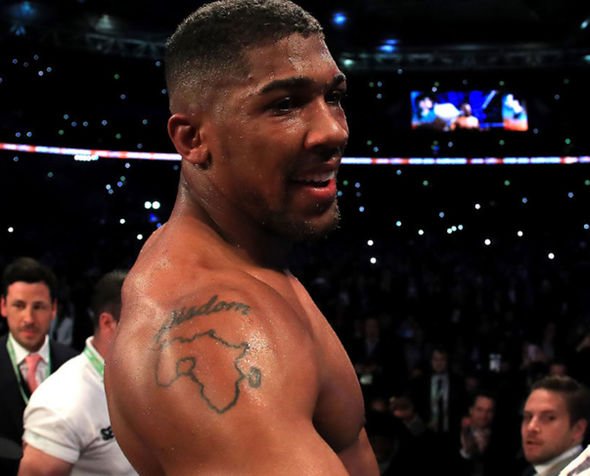 “It was a nice combination to have ‘Wisdom’ and your heritage tattooed underneath, so it went well.”

Joshua is being slated to face Deontay Wilder in one of the biggest heavyweight bouts in history.

But Wilder is up against Luis Ortiz next in a rematch of their huge clash from last year which ended in knockout victory for the Bronze Bomber.