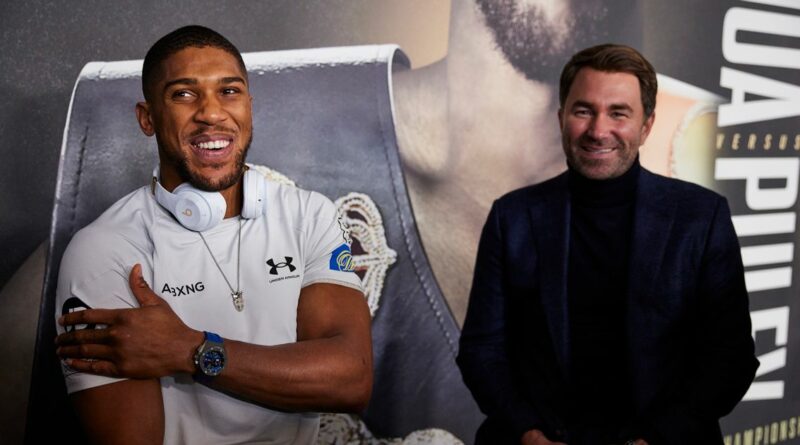 Sky Sports are said to be on the cusp of losing Anthony Joshua's broadcasting rights as the Olympic champion nears a move to rivals DAZN.

Matchroom promoter Eddie Hearn—who represents Joshua—left Sky Sports to join DAZN in April 2021 as part of a deal understood to be worth around £100million. That departure saw a stable of boxing talent leave for DAZN with him, but 'AJ' is free to negotiate his own terms.

The Sun reported DAZN have won the alleged bidding war for Joshua's services despite not long ago being left under the impression they were out of the race. Joshua has been on Sky Sports' books since he turned professional in 2013.

It's understood the September defeat to Ukrainian Oleksandr Usyk was the last fight on his most recent contract, however. Sky Sports were favoured to get a deal across the line to renew their star's allegiances, but it now appears he'll jump ship to a major streaming rival.

Joshua is expected to rematch Usyk this summer in a bid to retrieve his WBO, IBO, WBA (Super), IBF heavyweight titles. The second showdown between the pair has been slated for August after several delays, though there's yet to be any official word.

Victory for the London 2012 Olympic star would signal a return to the peak of the heavyweight division. Faith in Joshua as a world-beater has waned in recent years, having suffered two defeats in his last four outings after losing to Usyk and Andy Ruiz Jr..

Do you think Anthony Joshua will ever face Tyson Fury in the ring? Let us know in the comments section.

DAZN already secured the services of several prominent fighters when they lured Hearn to their table last year. Undisputed lightweight champion Katie Taylor came as part of the deal, as did Lawrence Okolie and Conor Benn.

Joshua has the potential to be their biggest coup of the bunch should he leave Sky Sports, however. Despite his slump over the last few years, the Briton remains one of the biggest draws in the heavyweight division.

After earning a reported £66million for rematching Ruiz in Saudi Arabia almost three years ago, Joshua reportedly stands to rake in £100m for his second fight with Usyk. Having clinched redemption last time he fought in the Kingdom, Joshua will hope to succeed in avenging another loss in the Middle East. 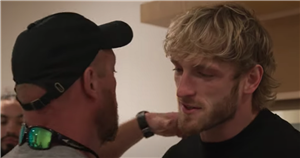 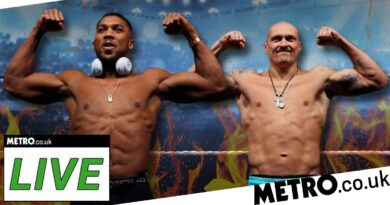