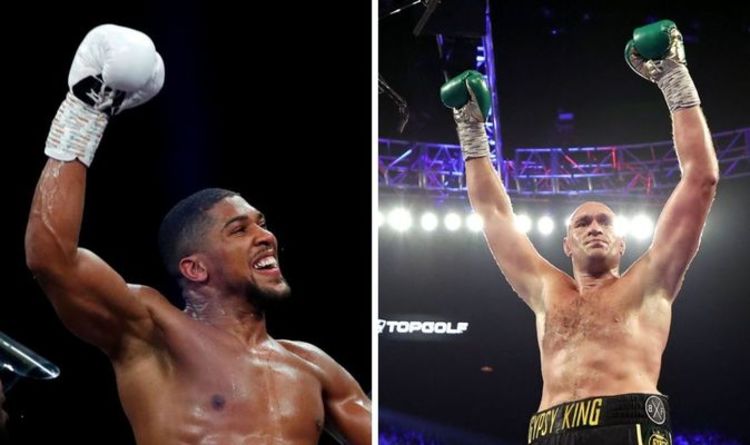 Eddie Hearn has once again confirmed that an agreement is in place for an all-British unification bout between Anthony Joshua and Tyson Fury. AJ holds three versions of the heavyweight belt, while ‘the Gypsy King’ is the current WBC champion.

The two have been on a collision course for a number of years, but speculation has intensified about a potential clash in 2021.

Joshua cleared his final hurdle at the end of 2020, retaining his titles with a knockout win over Kubrat Pulev.

Joshua’s promoter and head of Matchroom Boxing, Hearn, has said conversations are ongoing, with the venue one of the final arrangements left to be confirmed.

JUST IN: Anthony Joshua reaches out to Oleksandr Usyk to set up Tyson Fury bout 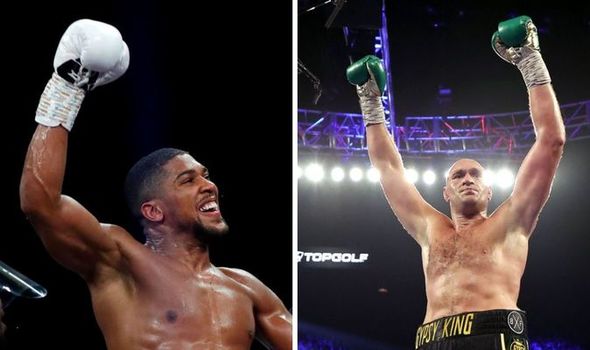 “AJ is working tirelessly away in London and I think Tyson has gone to Miami to train and I think AJ will be going somewhere to train soon as well.

“I think everything is great. There’s been conversations every day for the last two weeks on that fight.

“A lot of the travelling I’ve been doing lately has been looking at where that fight can be staged as well.

“We’re in the position now of drafting paperwork to try and move forwards with that fight so I think from a pandemic point of view it’s difficult because the world is changing every day.

“But that fight is planned for the end of May, early June and I don’t see anything getting in the way of it.”

With the British Board of Boxing Control suspending all events in January due to the Covid-19 outbreak, Hearn has admitted it’s ‘unlikely’ the fight will take place on British soil. 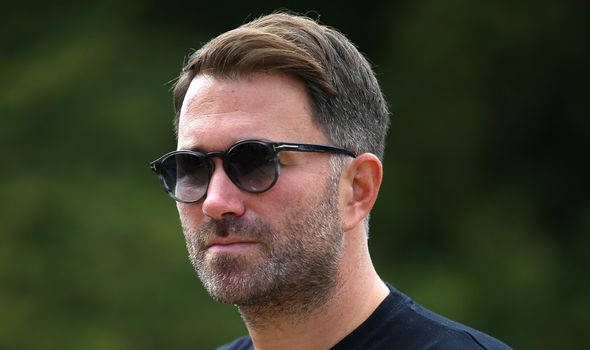 The final location is yet to be confirmed, but Hearn has claimed everything is now ‘virtually agreed’.

“We’ve been drafting contracts, it’s not signed but the deal has been agreed for a long time, we’ve confirmed that in writing.

“I feel like the fight is virtually there, to be honest with you. We’re in the final stages of everything that’s got to be worked out.

“There have been meetings taking place on where this fight is going to be held.

“There’s various countries. I’ve visited a few of them in the last few weeks and days and I think we’re in a good position. There’s some wacky stuff.

“There’s some stuff you’d expect and again, I know everyone wants it in the UK but at the moment they aren’t even allowing boxing so we’ve got a long way to go.”