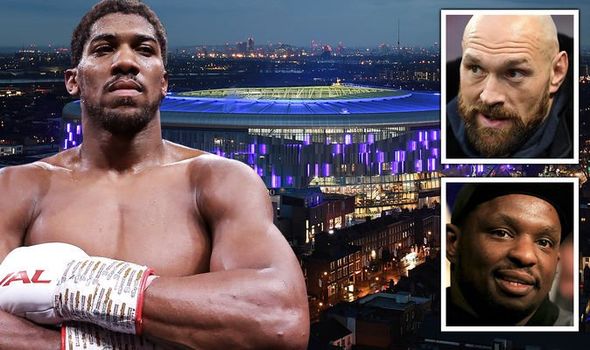 Anthony Joshua wants a London homecoming after exacting revenge against Andy Ruiz Jr in Saudi Arabia – and would like to face a Brit in his next fight. Joshua became the two-time heavyweight world champion on Saturday night with a masterclass over the Mexican who had beaten him in June in his American debut. And now Joshua wants to return to fight in the UK.

AJ went across the pond for his first fight outside England when he took on Ruiz at Maddison Square Gardens in New York, and the rematch took place in Riyadh in Saudi Arabia.

But he hopes he can get back on home soil next year with the Tottenham Hotspur Stadium the most likely venue.

“London’s calling, I think,” he said. “We’ve been away for the whole year

“It would be mega.

“Looking at how many people came out here shows there is still a big interest in the heavyweight division, especially now we are taking the belts back.

“To defend them back on home soil, I think would be big news. 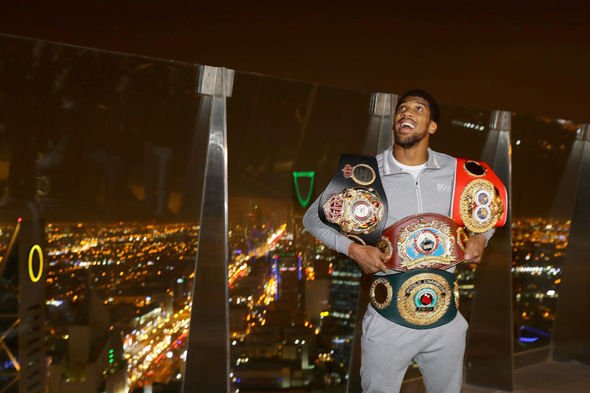 “It would be better against another Brit but, if not, I will my mandatory and crack on that way.”

Kubrat Pulev is the most likely next opponent, being IBF mandatory challenger, but the mention of a Brit to face next leaves the door open for Dillian Whyte or Tyson Fury.

But with Fury facing Deontay Wilder in February, Whyte would be in the driving seat of those two but a mandatory defence remains the most likely.

Eddie Hearn is keen to get Joshua back to London as well, but Wembley is tied down with extra bookings this year with several games from the Euros, so the Tottenham ground is looking possible.

“Wembley does not look great, date wise. Tottenham Hotspur is a nice new stadium for a UK fight and we have to look at it,” Hearn said.

“People have seen what we have just done in Saudi Arabia and there are a lot of options internationally but AJ wants to box back in the UK.

“We have spoken to Spurs about doing and they were very keen to host the Ruiz fight but the dates did not work out.

“They are very keen again and it would be a nice London stadium to do it in.”

Heavyweight boxing rankings: Is Anthony Joshua the best fighter in the world?