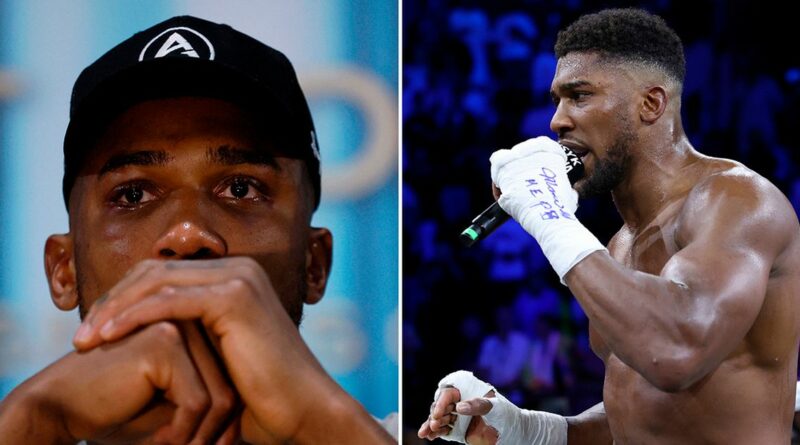 A sparring partner of Anthony Joshua has said the former two-time world champion was living like a prisoner in the run-up to his second Oleksandr Usyk defeat.

Isaac Okoh spent four weeks with AJ in his camp in Loughborough and then travelled out to Saudi Arabia with him a month before last Saturday's (August 20) fight. During that time the 19-year-old witnessed an intense preparation, the like of which he'd never seen before.

"I know that when we were in Loughborough, he was in the campus of the uni, going to the gym and he'd go back to his room, eat and that's it. It was like living a prison kind of lifestyle in the camp," he told Sky Sports.

"It was the same in Jeddah. He'd go to the gym, go back to the hotel, eat, sleep and just the same thing. Doing that for a long time at such a high intensity and training for such a big event, it's hard.

"To stay focused for that long, it must be hard. I haven't been in that situation."

After losing to the undefeated Usyk again, Joshua stormed out of the ring, threw two of the heavyweight belts down, and then grabbed the microphone for a lengthy speech which was widely criticised by fans.

Who do you want to see AJ return against? Let us know in the comments section.

Okoh can understand why AJ took the defeat in such a manner having worked alongside him and seen the pressure put on him both from others and himself.

"He's genuinely a great person and he is genuinely a role model. But obviously, when you're in high-intensity fights like that, it's hard. It's a big weight on your shoulders to carry.

"Massive fights, stadium fights, stupid amount of numbers on the audience, big press conferences, he's just always in the public eye. So, it must be hard. It's going to take its toll at some point."

Wilder vs Fury: Deontay Wilder and Tyson Fury have to be separated at press conference