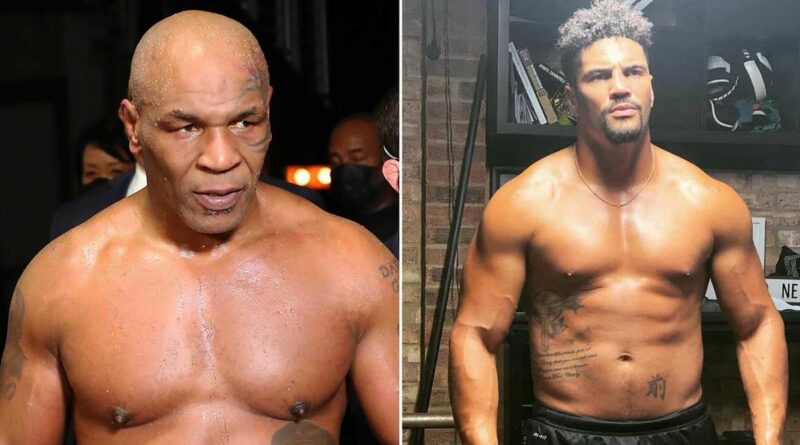 Anthony Ogogo has said that he 'would love' to have a massive crossover match with boxing legend Mike Tyson in his new world of professional wrestling.

Team GB Olympian Ogogo, a bronze medalist at the 2012 London games, was forced to retire from boxing in 2019 with an eye injury – but he could still face one of the best fighters of all time.

Tyson has appeared multiple times for the new All Elite Wrestling promotion, where Ogogo will make his full pay-per-view debut on Sunday night against top wrestling star Cody Rhodes.

For any young boxer, a fight with the former unified heavyweight champion would be considered a dream matchup, and despite ending his combat career early, Ogogo could make his dream a reality.

Speaking ahead of his match with Rhodes at AEW's 'Double or Nothing' pay-per-view this weekend, Ogogo told Mirror Fighting that even talking about stepping into the ring with Tyson makes him tingle.

"You've just said that, and my balls tingled," Ogogo joked when we floated him the idea. "I know it's a bit vulgar but I'm being unapologetically me so I don't care.

"I never thought of it, I've been so focused on getting good at wrestling and facing Cody, but standing across the ring from Mike Tyson? Oh my goodness, that's huge.

"I'd love that. Standing across the ring from 'Iron' Mike Tyson, his name transcends the world over and over again."

Ogogo, who embraced a more brash persona and completely changed his physical appearance to compete in the wrestling world, believes he and the former champion could put on a great show for fans.

But he's also confident he would come out on top in that exchange, saying: "He's old and he's finished.

"I didn't even watch his 'exhibition' against Roy Jones Jr, because it's two old men having a fight, but if he wants a real fight he doesn't have to look any further than me.

"I would love to share the ring with him, I respect him so much for what he did in boxing and I'd love it, but I don't know if he wants that."

Former boxer Ogogo would want to share a beer with Tyson after the match, which would headline arenas all over the world if it ever took place.

"I would love that, I'd love to fight Tyson in an AEW ring in some mash-up of boxing and wrestling, let's see how much fight he has left.

"It's one thing fighting Roy Jones Jr, who's one of the best to ever do it but he's past his peak by 27 years!

"The only rule would be let's have a beer afterwards."

Tyson has appeared on a number of occasions in both AEW and WWE as an enforcer, but has yet to compete in a full professional wrestling match.