‘One thing he always had was immense courage… there is no quit in him’: Barry McGuigan jumps to the defence of Amir Khan after controversial defeat to Terence Crawford

Crawford accused Khan of quitting after their WBO welterweight title fight at New York’s Madison Square Garden had been stopped in the sixth round.

Khan, 32, had been knocked down in the opening round and was taking regular punishment before Crawford landed a sickening low blow and his corner indicated he could no longer continue 47 seconds into the round. 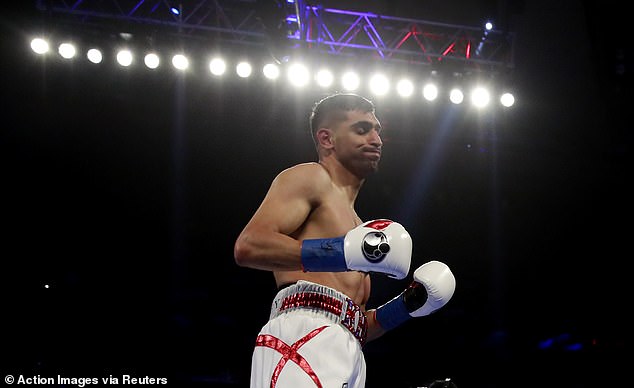 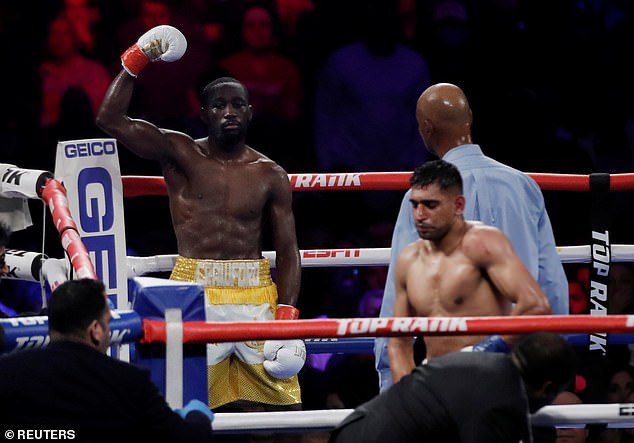 But McGuigan, 58, who won the world featherweight title in 1985, has leapt to the Bolton fighter’s defence.

‘It’s a very dangerous thing to do to call somebody a quitter,’ McGuigan told BBC 5 Live’s Sportsweek.

‘You look at Khan’s career and the fights he’s been in and the one thing he always had was immense courage, determination and getting up off the floor.

‘You think of the Breidis Prescott fight, the Canelo (Alvarez) fight, the Danny Garcia fight – there’s no quit in him.

With criticisms he quit too easily, Khan revealed on social media that he was ‘peeing blood’ 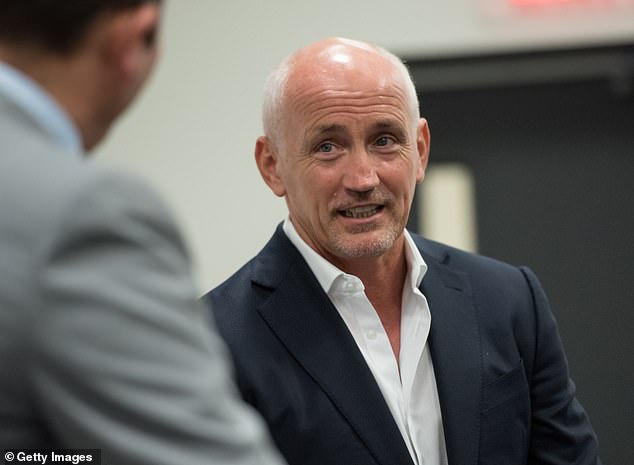 ‘I just think he took the intelligent option and got out because he was down, I don’t think he won a round, he was down from a right hand in the first round.’

Khan insisted in his post-fight press conference that he would never quit and tweeted on Sunday morning that he had been urinating blood.

He tweeted: ‘Peeing blood. The shot was low. The fight was just getting interesting. Well done team Terrance. I never quit, I rather get knocked out cold then quit. Good night. Thank you New York.’

He had also appeared to struggle with an injury to his right arm, but instead of taking the full five minutes he would have been allowed to recover from the low blow, was withdrawn by his trainer Virgil Hunter having used only a fraction of it, ensuring his defeat via stoppage.

‘He was losing the fight comprehensively and there is no question about it, Terence Crawford was going to close the show, no doubt about that,’ McGuigan said.

When asked why he thought Khan did not take the full five minutes to recover, the Irishman said: ‘Well he could have.

‘I don’t think that low blow was in the groin, I think it hit him on the top of the leg, not in the testicles.

‘So it’s questionable whether the pain was going up into his stomach, but you cannot question his courage, that’s the bottom line.’

McGuigan added: ‘None of us will ever really know. The sensible option is he saves himself for another day. 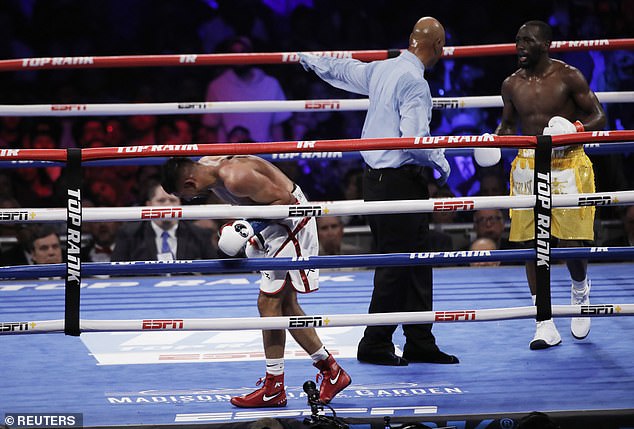 ‘If he’d gone on and been humiliatingly knocked out and dropped several times and then flattened, then people would have been calling for him to stop.

‘Now I suppose with Virgil Hunter’s decision he’s now got the chance of resurrecting the possibility of a fight with Kell Brook somewhere down the line.’

Former heavyweight world champion Frank Bruno said it was a ‘sad’ ending but believes Khan will continue to fight on.

‘It was very sad, to get punched on the ‘centre wicket’ like that,’ Bruno told Sportsweek.

‘He could have taken the five minutes and recovered, that would have been better, but he’s got caught with a ‘centre-wicket’ punch and it’s a sad way to end. 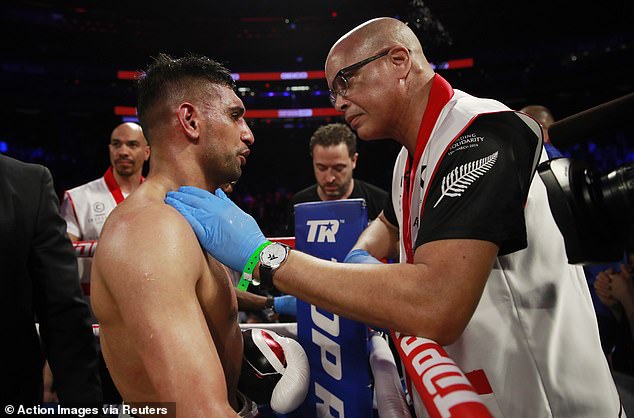 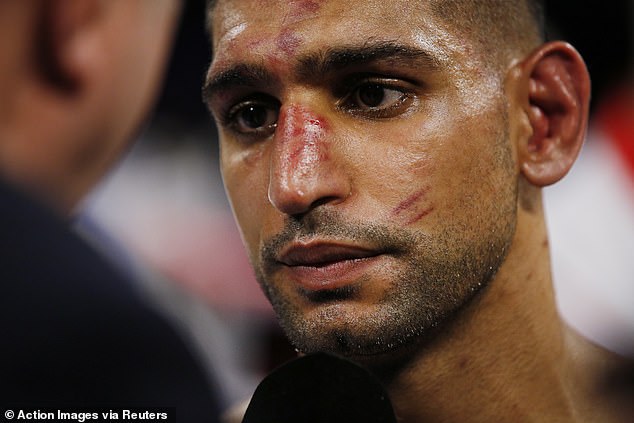 Bellew chills out with cryotherapy session at Everton’s training base