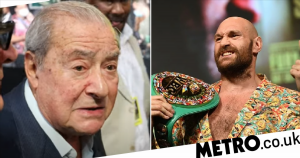 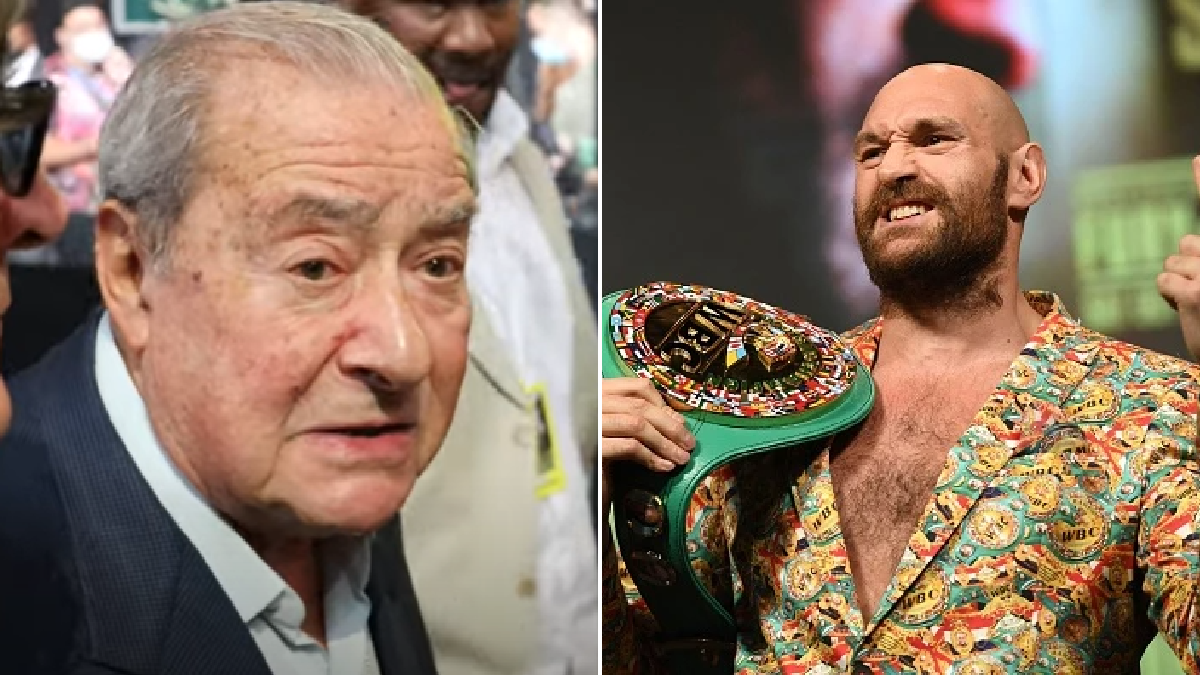 Bob Arum believes it would have been irresponsible to allow Tyson Fury and Deontay Wilder to face off during the final press conference ahead of their trilogy fight.

The heavyweight rivals, who will fight for the WBC world title in Las Vegas on Sunday, were set for a traditional staredown at the end of their final press conference on Wednesday.

But legendary boxing promoters Arum and Frank Warren, who represent Fury, called it off and the boxers departed at either side of the stage without coming face-to-face.

Arum was filmed discussing his concerns for the face-off shortly after the press conference finished and said: ‘They’re not f*****g dogs!’

The 89-year-old American added: ‘They insult each other with words, okay. But then put them together like they’re f*****g dogs? I mean, s**t, we’re human beings.’

The host of the press conference, Kate Abdo, told the fighters to face off shortly after the pair traded insults, with Fury claiming ‘the whole world is laughing’ at Wilder.

But Arum and Warren could be heard interjecting and ultimately putting a stop to the much-anticipated staredown.

Arum continued: ‘They bring this women [Abdo] in from the UK and she’s slanting the press conference to Wilder, I don’t give a damn but it’s obviously that’s what she was doing.

Asked about the incident, Briton Fury said: ‘At the end, we were going to do a face-off and he ran away! Welcome to my world, b***h.

‘At the end, we were going to do a face-off and he ran away! Welcome to my world, bitch.

‘Frank Warren was thinking I was going to chin in. I wouldn’t have chinned him, I would have just nutted the c***.’

Fury beat Wilder by technical knockout 20 months ago, after their first fight in 2018 ended in a draw.

During his tense exchange with Wilder at the press conference, Fury said: ‘You’re in denial and you’re getting knocked out.

‘Do yourself a favour and retire from boxing. Your legacy is in bits. Even all your excuses have been destroyed. You’re a weak man.’ 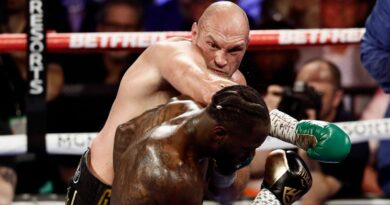