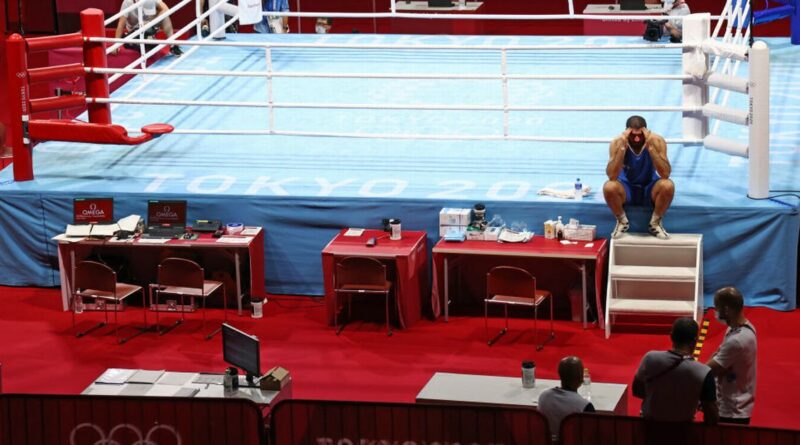 French boxer Mourad Aliev sat on the ring for around an hour in protest after being disqualified from the Olympics.

Aliev was taking on Team GB star Frazer Clarke in a quarter-final clash in the super heavyweight competition.

Having won the first round, Aliev was disqualified for excessive use of his head with just seconds of the second round remaining.

And Aliev did not take the decision well, initially screaming 'no, no, no' into the camera and being visually upset and angry.

He refused to leave the ring and sat down alone on the edge of the canvas for more than 30 minutes. After a brief exit, the 26-year-old returned to the same spot with his protest lasting for around an hour in total.

It means Clarke progresses to the semi-final and he is now guaranteed at least a bronze medal in Tokyo.

Commonwealth Games champion Clarke said: “I told him not to ruin his reputation. He is a good man, and I believe he will be a champion one day.

Do you agree with the disqualification? Let us know in the comments section below “I can't stand here and accuse him of using his head deliberately, but we have a great team of referees and officials out here and you have to respect them and believe in what they do.

“I fought Mourad six weeks ago and lost – but I beat him twice before that, so it was always going to be a tight contest.

“My advice to him would be to get out of that ring and don't do anything he will regret later. “In the heat of the moment, it was all a bit confusing – obviously the referee stopped the fight deeming the French guy used his head, but during the battle it all happens very quick.

“The referee made his decision, that is what he is there to do.

“I have a great respect for Mourad the French national team as a whole, and there is no animosity between us. Once he calms down, I will go and shake his hand and wish him all the best for the future.”

Errol Spence Jr. passes stiffest test to questionable matchmaking: The good, the bad and the dirty in the week of boxing 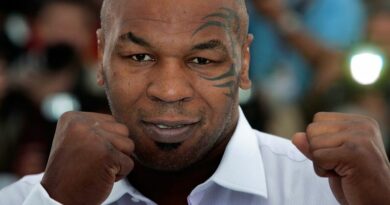 Logan Paul on Mike Tyson: 'You can't tell me I can't beat him' after sharing a ring with Floyd Mayweather 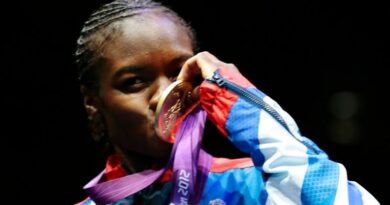