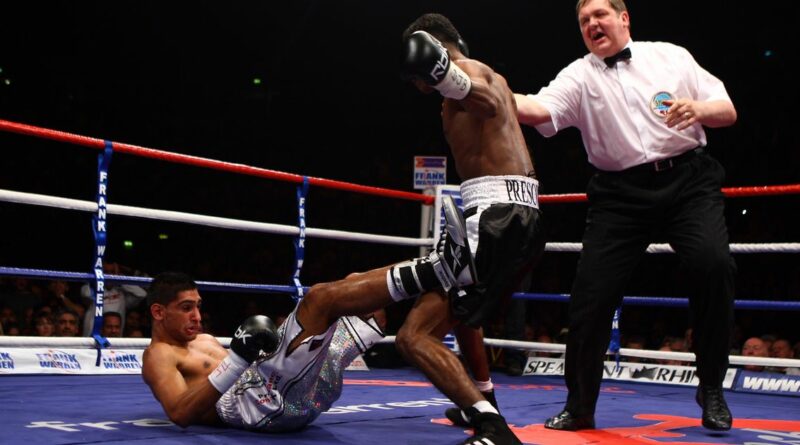 Form is temporary in all walks of sport, not least of all boxing, where a dip in results can often obscure so much of the promising work that came before it.

A little more than 13 years after he became the first man to best Amir Khan and Breidis Prescott has discovered as much first hand, managing just a single win from his last 12 bouts.

It was in September 2008 when the Colombian power puncher earned his nickname, 'The Khanqueror', after flooring his previously undefeated foe twice en route to a 54-second knockout at the Manchester Arena.

Prescott was 25 at the time and bested the Briton to advance his own unblemished record to 20-0, celebrating one of modern boxing's biggest upsets in his first fight outside the Americas.

Khan, 34, was knocked out four times in his first 14 years as a professional fighter, but before Canelo Alvarez, Danny Garcia or Terence Crawford came calling, Prescott was the first to prove the 2004 Olympic silver-medallist could be bested at professional level.

Along with international acclaim, that result also earned Prescott the WBO Inter-Continental lightweight title, which Khan had won only five months prior.

Fast forward to the present day and Prescott is 38 years old with 50 fights on his record (31-19), but the past five years have not been kind to the former South American prospect.

Now fighting at super welterweight, he's suffered 11 of his 19 career defeats during that spell, and his only win across the same span was a unanimous decision against compatriot Segundo Herrera in April 2018.

Do you want to see Amir Khan fight Kell Brook? Let us know in the comments section.

In fact, four of Prescott's last sevens wins (dating back to January 2012) have come against his Colombian countrymen, though none of those opponents carried much renown.

The Barranquilla native was once highly regarded for his heavy hands and won 18 of his first 20 fights via knockout, but he's become more accustomed to finding himself on the receiving end of finishes in recent years.

After shutting down Khan, Prescott enjoyed a surge on the global stage and has fought the vast majority of his career since in the United States.

However, it was only two fights after dethroning Khan that Prescott suffered his maiden career loss against Miguel Vazquez, who would go on to hold the IBF lightweight belt for four years.

Despite his losing record in recent years, Prescott has continued to take on opponents in superior form. Across his last 12 bouts, only once has he faced a foe with more than two defeats on their record at the time of their encounter.

His most recent outing ended in a knockout loss to Russian Sergei Vorobev in Novosibirsk earlier in November, more than two years after his last fight.

That result also marked the first time that Prescott has suffered back-to-back stoppage losses in his career.

Khan has also been absent from the ring for more than two years, having defeated Australian Billy Dib via TKO in July 2019 to claim the then-vacant WBC International welterweight crown.

Rumours continue to grow regarding a potential showdown with long-time rival Kell Brook, who would hope he can follow in Prescott's footsteps by finishing his fellow Brit should they finally face off. 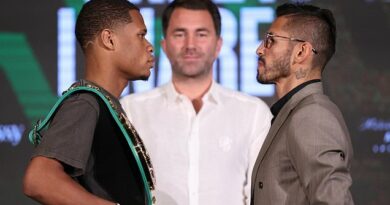 It's Anthony Joshua next for Tyson Fury, claims David Haye