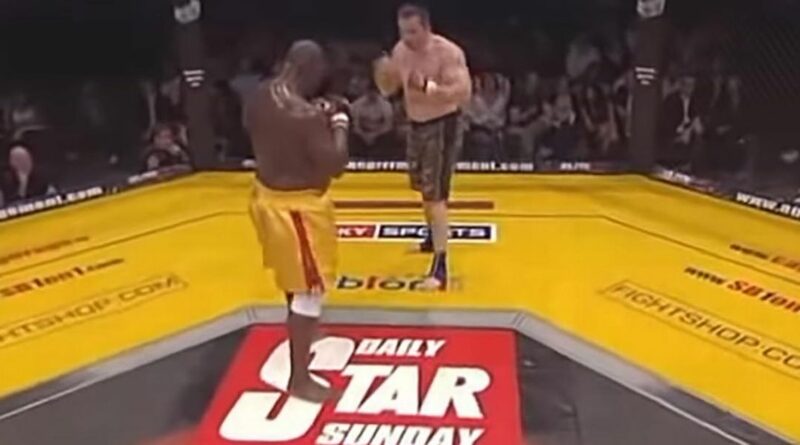 Julius Francis – who went viral after dropping a rowdy punter with one punch at Boxpark – once fought on the same card as Katie Price's ex Alex Reid.

Francis made headlines when a video showed the former British and Commonwealth Heavyweight champion flooring the punter. The incident was subject to a police probe, but that has since been dropped.

However, in the latter stages of his career, Francis found himself on a card at Cage Rage 23, facing off with English MMA fighter Gary Turner. And lower down the card was Jordan's ex – who squared off with Matt Ewin.

As one of two heavyweight bouts on the card, some big things were expected between Francis and Turner.

Turner, who is best known for his kickboxing style, took a page out of Francis' book when he started to unload a barrage of punches on Francis. The former boxer was beaten in the second as he submitted to a flurry of punches unloaded by Turner.

Reid was also on the losing side of his bout, despite going the distance, when judges ruled a unanimous victory to Ewin.

What do you think of Francis' knockout punch at BoxPark? Let us know in the comments section

Wade said: “Woke up to a viral story about one of our security team. Julius Francis is ex UK heavyweight boxing champion, he is one of the nicest people I have ever met and helps train young underprivileged kids boxing in his spare time.

“My understanding is that Julius and our security team spent 15 minutes stopping this man and his friends from abusing, spitting and hitting our customers and staff.

"They carefully escorted him from the premises under constant provocation and violence. Finally the person approached Julius in a confrontational manner and he defended himself.

“Acts of violence or abuse to any staff members should never be tolerated. How would you react if someone approached you violently? What would you do next if you were in my shoes? #istandwithjulius.” 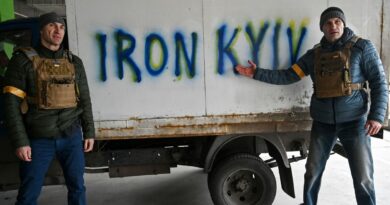 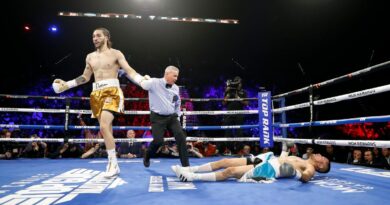