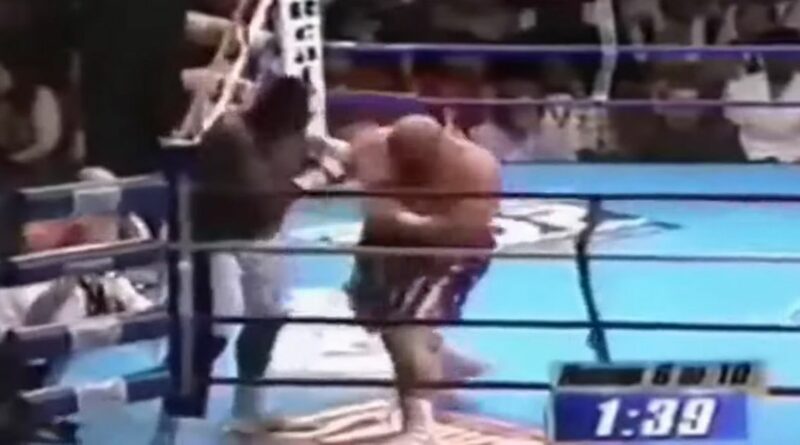 He held multiple world belts and once toppled Muhammad Ali – but Larry Holmes didn't get everything his own way in his final career fight against Butterbean.

'The Easton Assassin' was 51 when he stepped into the squared circle one final time in 2002, taking on the notorious heavyweight over 10 rounds in Virginia. And despite Holmes eventually taking a unanimous decision, fans weren't left lamenting a one-sided contest.

In the sixth round especially, Holmes found himself well and truly on the ropes, backed into the corner as Butterbean, real name Eric Esch, threw his bombs. Fortunately for him, he managed to escape before his rival could land a knockout blow.

Holmes endured another scare in the closing seconds of the 10th round though, slipping back into the ropes after trying to avoid a wild left from his opponent. This time though, he was smiling as he recovered, knowing full well he was about to take the verdict.

The man who famously beat Ali to retain his WBC heavyweight title in 1980 then stepped away from the sport, finishing with a pro-record of 69-6. He remains one of the most iconic figures in the history of boxing.

Butterbean, 55, carried on for another 11 years, ending his career after losing to Kirk Lawton in Australia. That left him with a record of 77-10-4, but as well as boxing, the TV celebrity has had numerous bouts in wrestling, kickboxing, and MMA.

Would you want see to Butterbean return and spark out Jake Paul? Let us know in the comments section.

He also made an infamous appearance at Wrestlemania in 1999, savagely knocking out Bart Gunn. The WWE star was hurt so badly that Butterbean later claimed he had to explain to his children he had not killed his opponent.

And the giant has now hinted he may yet don boxing gloves again, having shed weight via a new fitness regime. He's even called out YouTuber Jake Paul, who is yet to fight in 2022 following his win over Tyron Woodley last December.

"The big announcement is I’m gonna fight one last fight," said Butterbean. "It’s gonna be one year from now. Jake Paul, if you’re ready, I’m here for you my friend. Let’s get it on, me and you Jake Paul."

Kell Brook claims he may retire regardless of Terence Crawford result 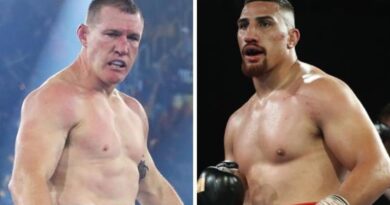 Why Paul Gallen doesn’t stand a chance against Justis Huni