Callum Smith claims he can beat Saul ‘Canelo’ Alvarez and avenge his brother Liam’s loss to the Mexican star.

Canelo beat Liam in September 2016 to claim his WBO light-middleweight title and Callum insists he would defeat him if he stepped up to super-middleweight again.

Callum wants a big name after stopping Hassan N’Dam in three rounds in the first defence of his WBA Super and Ring magazine belts and his camp have opened talks with Canelo about a September fight at his beloved Anfield.

“Canelo Álvarez is a very good fighter. I believe he’s the best 160 fighter in the world. I don’t think there’s a fighter at 160 who can beat him.

“It’s a fight I’m confident of winning. Whoever moves up or down. I believe 168 is my division and I’m willing to take on all-comers.

“I’ve got to sit down with my team and see what fights are possible. Unification fights are also ones I want, they excite me. I have one world title and I’d like to have a few more.”

Promoter Eddie Hearn feels he could make a fight between Callum and Canelo if the three-weight world champ does not agree to a third fight with Gennady Golovkin.

“Canelo seems to mention Callum’s name after every interview,” said the Matchroom MD. “It seems like Golden Boy, DAZN and Canelo seem to like the fight with Callum Smith. I believe both Canelo and GGG will end up at 168.

“His trainer Joe Gallagher has told me that’s a fight he really, really wants. I know Callum is certainly ready for that fight.” 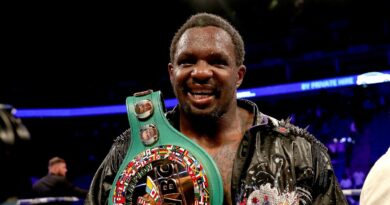