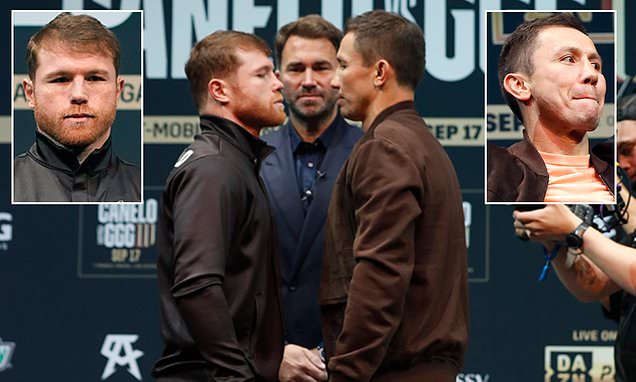 Canelo Alvarez put the lid on his anger and Gennady Golovkin kept his cool as they came eyeball-to-eyeball at the final media conference before their trilogy fight here.

The mutual animosity between two of the greatest boxers of this generation was controlled by respect for each other’s skills as both spoke of ‘how difficult it will be to get the knock out’ and wanting to end their rivalry.

Canelo added: ‘But then nothing is easy in this life.’ 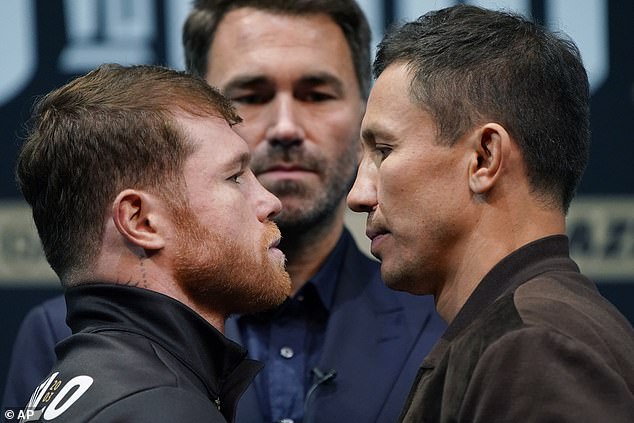 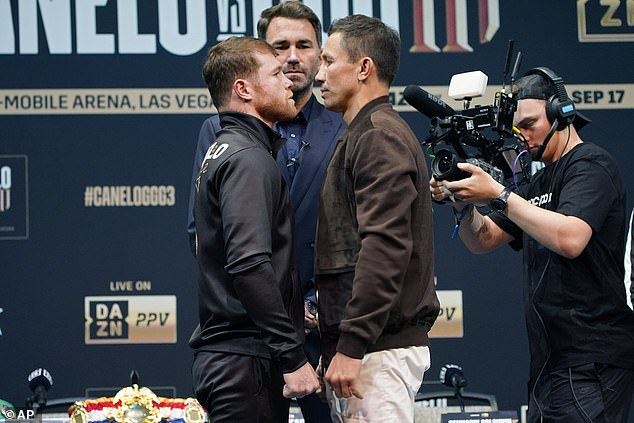 Not one word, hostile or otherwise, passed their lips during a long stare down on Thursday

Not one word, hostile or otherwise, passed their lips during a long stare down.

Alvarez tarried slightly longer on stage for photographs with all the belts of his undisputed world super middleweight title.

Triple G’s middleweight belts are not at stake in this fight.

In Las Vegas this weekend, the 40-year-old Kazakh makes his first significant foray out of the 160lb middleweight division in which he has won multiple world titles to challenge his bitter Mexican rival.

Alvarez escaped with a highly disputed draw in their first fight in September 2017 before being given the nod narrowly on points the following year, the only blemishes in Golovkin’s 44-fight career. 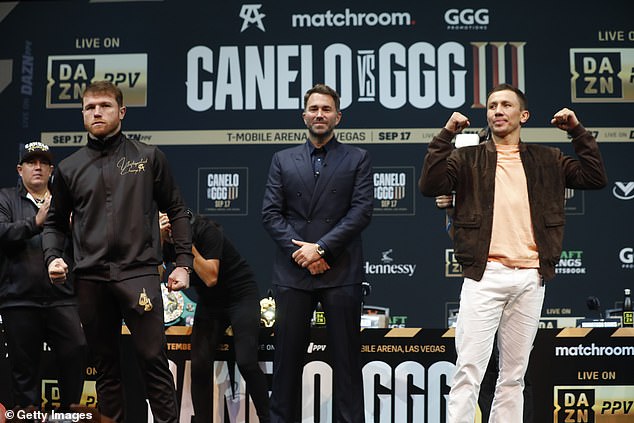 Their third contest will take place at the 168lb super-middleweight limit, where Alvarez holds all four major world titles and is favourite to once again prevail over an opponent eight years his senior.

However, Golovkin, a two-time unified world middleweight champion, stressed he is not placing any additional significance on Saturday night’s showdown and that his accomplishments speak for themselves.

He said: ‘Without any doubt this fight is not going to affect my legacy. Name me a boxer who would not be happy with a career like mine with all my achievements?

‘I do not feel any pressure and I do not think I need to prove anything to anybody.

‘To me it’s just another fight, a fight people have been wanting to see for a long period of time and now it’s actually coming to reality.’ 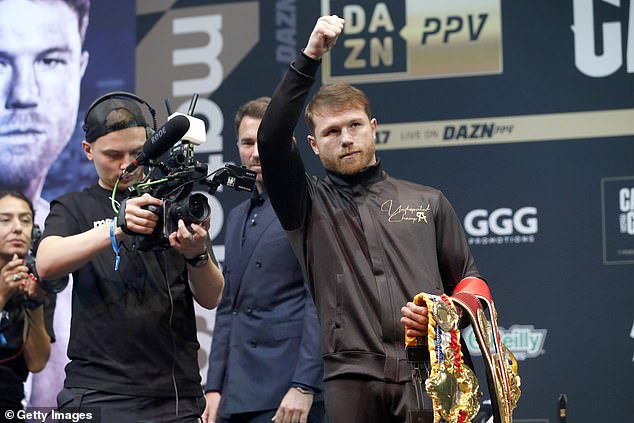 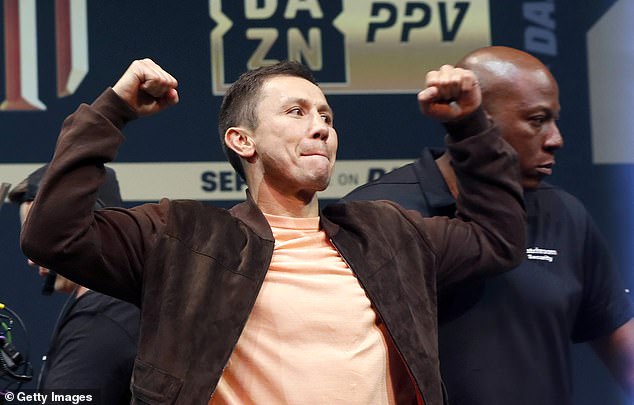 Golovkin has never previously weighed in heavier than the 163lbs he scaled three years ago prior to facing Steve Rolls but is unfazed at the unfamiliar situation he will find himself in.

As for whether he will carry up his vaunted power – of Golovkin’s 42 wins, 37 have come inside the distance – the veteran said: ‘I know I will feel a little bit differently in the new weight division.

Their mutual dislike also appears to have grown, although Alvarez is more upfront than Golovkin about the personal animus between the rivals. Away from microphones, it seems clear they don’t like each other any more than they did in 2018, when the entire promotion of the rematch proceeded under the cloud of Alvarez’s positive test for a performance-enhancing substance and his subsequent suspension.

Alvarez took a break from his usual training routine late last month to visit House of Boxing in the working-class, sun-bleached Paradise Hills neighborhood of San Diego. Several miles away in an office park is Canelo’s usual gym, where trainer Eddy Reynoso has paused training with most of his other fighters to focus solely on Alvarez. 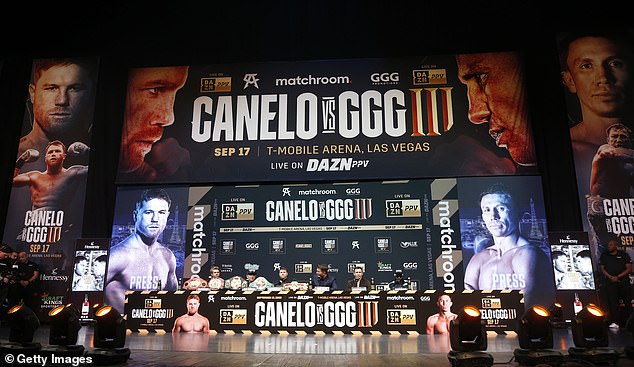 ‘Canelo is better at everything since the last time he fought Triple G,’ Reynoso said through an interpreter. ‘I’m not being funny. He has improved with his conditioning, with his technique, with his toughness. He has more ways to beat you, and I’m not going to say what they are, but Triple G is probably not going to be ready for some of them.’

Since the last time he fought Alvarez, Golovkin replaced Abel Sanchez – the American trainer who shepherded his rise to worldwide stardom – with Johnathon Banks, the former cruiserweight champion and Wladimir Klitschko’s former trainer.

Banks said Golovkin’s camp isn’t studying film of the first two fights, not even the parts where Golovkin was clearly beating Alvarez.

‘It’s hard to look back at that, because we’re so steady looking forward,’ Banks said. ‘No matter what you see in those fights, you can’t go backwards. Both fighters are significantly different from those two fights and the last time they saw each other. 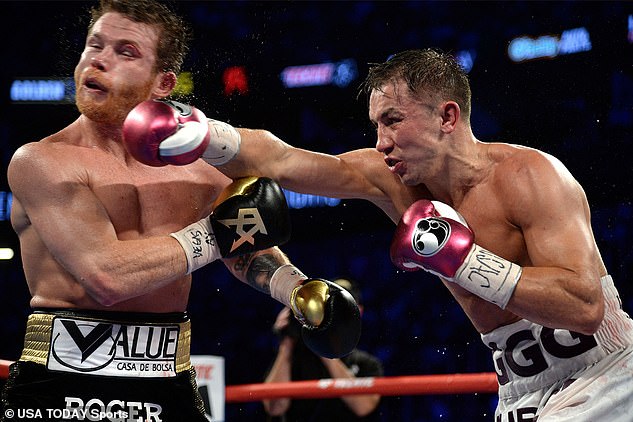 The long-term rivals have fought twice before, ending a draw and a Canelo decision win 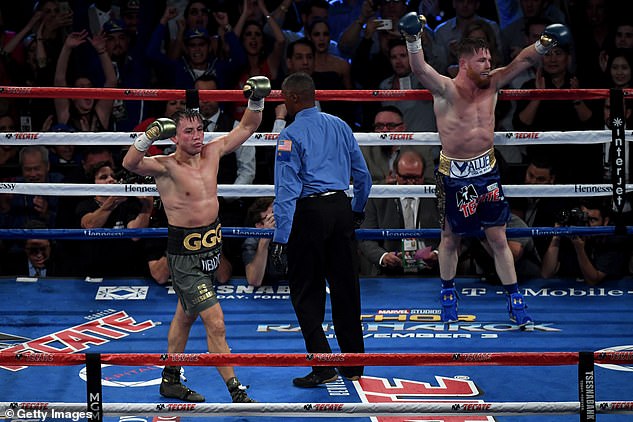 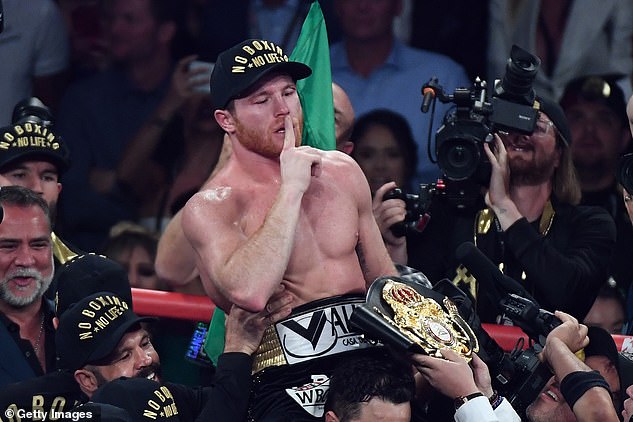 So Golovkin may attempt to press Alvarez even harder, while Alvarez may try to use his vaunted physicality more effectively at the higher weight. Both fighters say they’ll try to avoid a wild brawl – but both believe they’ve spent the past four years building to this moment, and neither expects to hold anything back if technique alone isn’t getting it done.

‘Only one thing is pretty much the same from four years ago, and that’s that (both) of these guys are absolutely unafraid of any challenge,’ Banks said. ‘They’re the exact same guys in that respect.’ 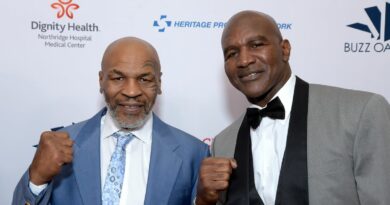 Wilder vs. Fury: Odds, expert pick and how to bet on the fight 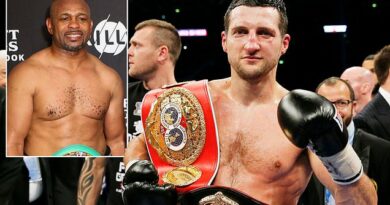