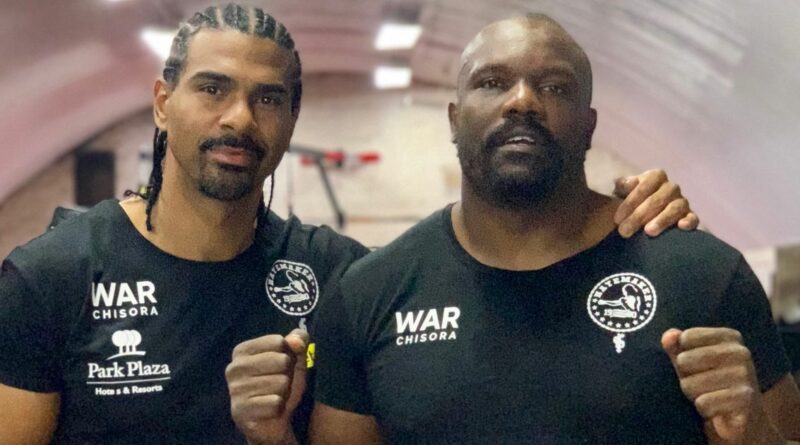 Heavyweight rivals David Haye and Derek Chisora had a bitter feud during their careers, but ended up being close friends and with Haye becoming manager to 'Del Boy'.

Chisora and Haye collided for the first time during an ill-tempered press conference following the former's defeat to Vitali Klitschko.

Things escalated after an argument, and ended with the two trading blows in the middle of the conference room.

Just a few months later the two exchanged leather for a second time, this time in the ring, as Haye knocked Chisora out in the fifth round of a professional fight.

But how did the two end up becoming good friends? Daily Star Sport takes a look at what happened between the two and how they healed their wounds.

The brawl in Germany

Just hours after Chisora suffered a unanimous points decision defeat against Klitschko, he found himself in the second fight of the evening.

When an angry Haye called out the Ukrainian for snubbing a fight against him, Chisora took issue with the Hayemaker's words.

Chisora's shouts of 'say that to my face' were met with Haye punching him in the head while holding a glass bottle of lemonade, leading to a mass scuffle.

'Del Boy' was seen on video threatening to 'shoot' Haye, before the two were pulled apart and went their separate ways.

Haye and Chisora were both the subject of interest from German police interest, though neither faced charges.

After their brawl in Munich, Haye and Chisora decided to settle the score in the ring just a few months down the line.

The pair had to be separated by a security fence at their press conference, and weren't allowed to have a proper face-off at the weigh-in either.

In the ring, however, it was a one-sided beatdown by Haye, who won the fight via fifth-round knockout.

Chisora had brief success as he caught Haye after the bell at the end of the third, but he quickly changed tactics and ended up on his back twice in the fifth before the fight was waved off.

Haye and Chisora seemed to both be willing to bury the hatchet after the fight at Upton Park.

The two shook hands and embraced, and seemed to be ready to forgive and forget after the ugly scenes in Munich.

Speaking afterwards, Chisora admitted he wasn't upset about losing despite being stopped by his arch rival.

He said: "We gave the public a great fight.

"I wasn't that disappointed to lose."

Ahead of a rematch against Dillian Whyte, Chisora decided to shake things up behind the scenes and inked a management deal with Haye.

The two rivals had gone full circle and become close friends away from the sport, and Chisora approached him over lunch about helping guide the next stage of his career.

Haye explained at the time: "This is a project. A tough project, and one that I had to think long and hard about

"I had to think: 'do I want this task?' No disrespect but Derek is not the easiest to work with!

"I am positive he can get results. He hasn't fulfilled his potential yet. Imagine if he goes into a fight in prime condition. Imagine if he stands on the scales and you see someone that you've never seen before. He needs his food cooked, to rest during the day, to be in a real camp. Give it nine or 10 weeks and you will see something special." 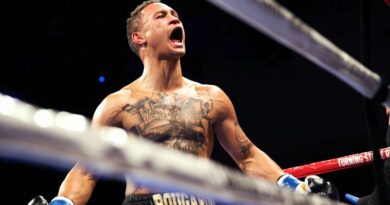 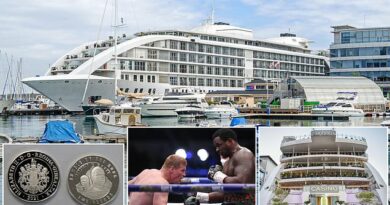 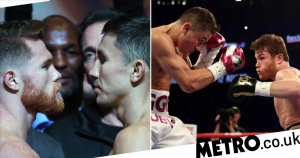