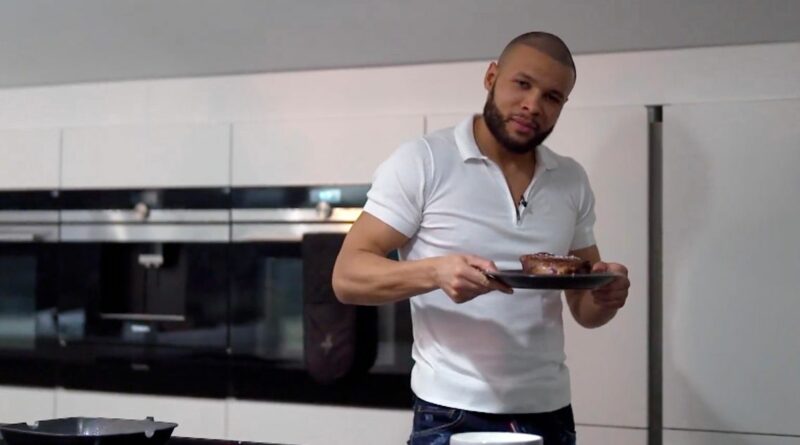 Liam Smith won't be lacking motivation in his attempt to upset Chris Eubank Jr. after being told he's "getting cooked" on January 21.

After seeing last year's much-anticipated bout against Conor Benn fall apart following The Destroyer's failed drugs test, Eubank returns to the ring this month as a big favourite to beat 'Beefy'. And the boxing personality will be looking to make a mockery of Smith's nickname following his latest piece of promotion.

"Liam, you're just another piece of meat for me to sautee," opened Eubank Jr. as he addressed his upcoming opponent from a pristine, white kitchen. "I told you already, I'm gonna sautee you on the night just like I'm gonna sautee this steak right now [slaps beef]."

The 33-year-old captioned the post with a warning that Smith "is getting COOKED in two weeks." Eubank Jr. is unbeaten in six fights and most recently defeated Liam Williams via decision in February 2022, while Smith, 34, has finished his last three foes and notched a particularly impressive fourth-round win over Hassan Mwakinyo in September.

"He's just another guy, another body in the ring with me sparring," continued 'Next Gen' while the protein sizzled at his side. "Another piece of meat. . .it just happens to be his name's 'Beefy', which is a hell of a coincidence."

Do you think Chris Eubank Jr. will overcome Liam Smith this month? Let us know in the comments section below

Not to get too caught up in the culinary vernacular, the 32-2 fighter went on to confidently specify his intention to finish Smith (32-3-1). The legacy boxer has racked up 23 stoppages from 34 outings to date, while Smith has found the finish in only 19 of his 32 victories.

Eubank Jr. signed off his performance by holding up the finished product on a plate and exclaiming, 'Wow!" A steak that size likely didn't fit with the fighter's diet at this late stage of his camp, however, meaning the former British champion may have to wait until January 21 before he can feast.

It hasn't been long since Eubank Jr. last antagonised Smith with his social media antics. The Liverpudlian referred to his rival as a "stupid c***" after Eubank posted footage of himself sparring in the ring on Christmas Day wearing a Santa hat.

Although Beefy has yet to respond to this latest morsel of meaty marketing, it's unlikely to have done much for his stock with Eubank Jr. The two appear destined to cook up a banquet of British boxing in a fortnight, with all the more interest now in regards to who's appetite will be satiated in Manchester. 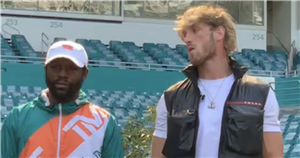