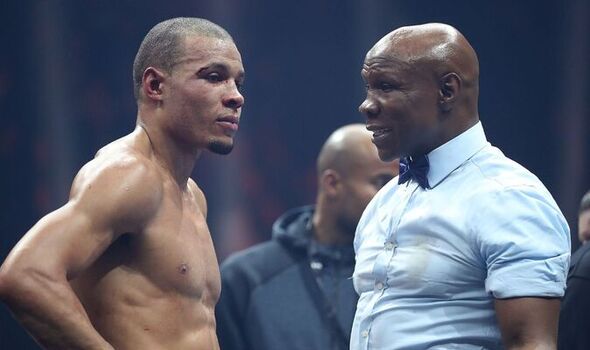 Chris Eubank Jr is risking the wrath of his father after overruling his hero and insisting the show must go on as he prepares to clash with arch-rival Conor Benn at the O2 Arena on October 8. The 33-year-old looks poised to sour family relations as he prepares to ignore his dad’s advice after Eubank Snr ruled that he was pulling his son out of the mega London showdown over fears for his safety.

The former WBO middleweight and super-middleweight champion vowed to scupper the historic bout over the 157lb catchweight, telling The Mail: “His life cannot be put in danger… I’ve already lost one son. I can’t lose another.”

But now Eubank Jr has remarkably insisted he’s blocking out the comments – even if it means pushing ahead without his father in his corner.

Eubank Jr told the Daily Star: “I can’t pay that [his father’s comments] too much attention because, at the end of the day, the fight is going to happen. There is nothing that is going to stop the fight.

“I can’t have any negative thoughts or worries from any other people affect my mindset and how I will proceed with this fight. 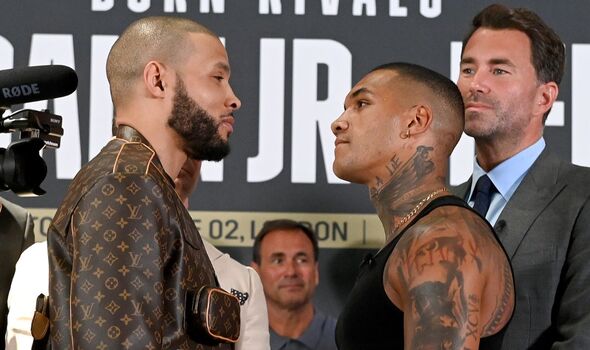 “He’s my father, he may be worried about me cutting the weight and all the rest of it but I can’t let that affect me and what I want to do. I have to believe in myself.

“I’m not saying he doesn’t believe in me or believe that I’m going to do it but he’s saying it’s a danger. He probably is right. It is a danger but I’m a dangerous man.”

Speaking before his father’s admission, Eubank Jr had revealed he’s struggled to maintain contact with Snr after accepting the fight with Benn.

The former IBO middleweight world champion was therefore undecided whether to push ahead with Roy Jones in his corner or to hold out and hope that Snr would change his mind.

Since then, Ronnie Davies has been confirmed as Eubank Jr’s trainer with the historic spectacle.

He claims Eubank Jr’s weight is bang on the money – shooting down all talk that the contest may not even go ahead.

Many boxing fans feel the 33-year-old is not taking the fight seriously enough after Eubank Jr posted a series of videos eating various sweets and desserts.

The catchweight means Eubank Jr must tip the scales to 157lb on the day of the weigh-in – which is some three pounds lighter than the middleweight limit.

However, his discipline is further complicated by the rehydration clause written into the contract which means he can only put on less than 10lb before the fight-day weigh-in – expected to take place around 11am.

Eubank Jr is adamant he cannot pull out of this fight, despite his father’s concerns after citing the death of his brother Sebastian, who tragically passed away after suffering a heart attack while swimming in Dubai last year.

“It is hard for me to hear that but it is something that I have to block out of my mind,” Eubank Jr added.

“The fight is going to happen, I’ve signed for it. I can’t have this going over in my head. I have to block that out of my mind.

“It’s upsetting and sad that he may have those thoughts going through his head, but that’s him. As a man, I’ve got to do what I’ve got to do to win and to be able to perform at my best mentally.

“Mentally you can’t worry about family, friends or what’s happened in the past. I’m using my brother as fuel, I’m doing this for him.”