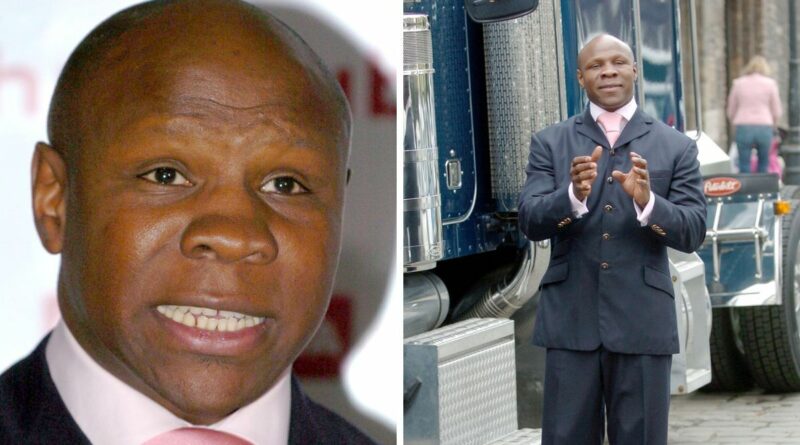 British boxing fans were left devastated after Chris Eubank Jr’s grudge match with Conor Benn was shelved, after his rival returned an “adverse analytical finding for trace amounts of a fertility drug”, officials said. It had been billed as an extension of their fathers’ feud which dominated the sport during the Nineties, with Chris Eubank Sr and Nigel Benn fighting twice during the decade, the former winning one match-up and the other ending in a draw. But any dreams of a reunion between the two iconic boxing families ended following a statement from the British Boxing Board of Control (BBBC), which announced the fight was “prohibited as it is not in the interests of boxing”. Both camps then confirmed the bout’s postponement.

Following the news, Benn took to social media to apologise to the legion of fans who were expected to descend on the capital on Saturday night to watch him in action. He wrote on Twitter: “I am truly gutted that we are unable to make this fight happen on Saturday and I’m sorry to everyone who has been affected by the postponement.

“I am still completely shocked and surprised by this and it has been a tough couple of days. My team and I will consider the next options including rescheduling the fight, but my immediate focus is on clearing my name because I am a clean athlete!”

The fight saw a whole host of new fans to boxing introduced to the Eubank/Benn feud, and also pushed both senior fighters back firmly into the spotlight. And if there’s one thing Eubank Sr loved in his heyday, it was the spotlight.

This included in 2007 when he was arrested for a “breach of the peace while protesting in his truck in Whitehall”, the BBC reported, as a result of his fury at the war in Iraq — and Prince Harry’s involvement in it. 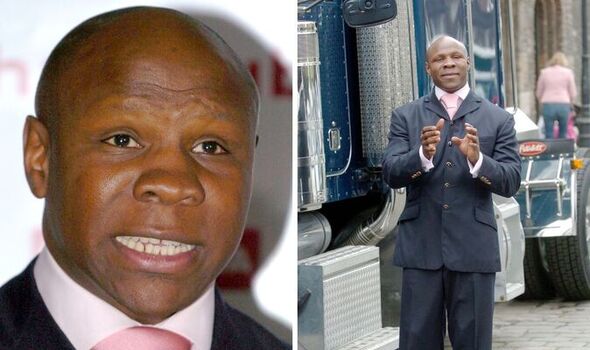 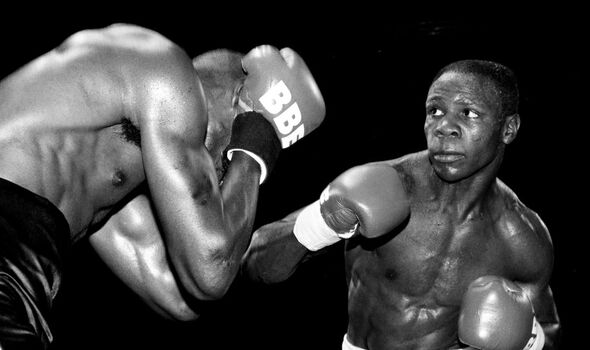 A report from the time noted that Eubank Sr was driving his truck around London with a banner on it condemning the then Prime Minister Tony Blair. It read: “Blair, don’t send our young prince to your catastrophic illegal war to make it look plausible.”

At the time Harry was a member of the British military, a career he held for a decade and would see him go on two tours of duty in Afghanistan. At the time, there was a row over whether Harry would go to Iraq. But due to his status in the Royal Family, he was deemed a security threat.

General Lord Dannatt, who was in charge of the Army at the time, discussed the decision he and his colleagues took on Harry in 2018 with Forces News. He said: “We had intended to do so, and I had got clearance from the Queen and from the Prince of Wales that we could do this.

“Unfortunately, the media speculated so incessantly and so accurately, and by about the time when we would have to take a final decision on whether to deploy him or not, they had worked out where he’d be, what his unit would be doing, what sort of vehicle he’d be in, and what he’d be wearing. 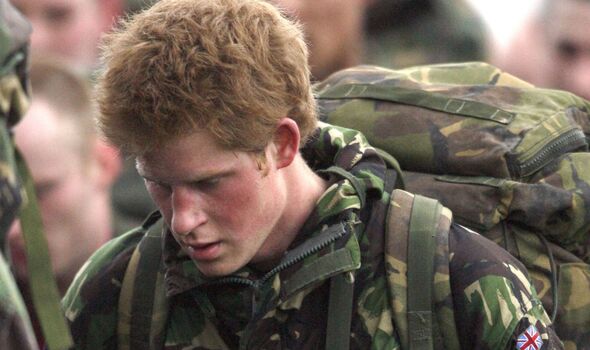 “It wasn’t so much a concern for his safety, but the increased risk that his presence created for those around him. So we took the decision not to send him, which, was very upsetting for him. His personal reaction was one of real frustration and some anger.”

Eubank Sr was charged with “making an unlawful anti-war protest” as a result of parking his seven-ton truck outside Downing Street. On November 16 that year, he was fined and a warrant for his arrest was issued after he failed to show up at court for his hearing.

‘s , Eubank, the Argus reported at the time, flagged a taxi, before adding: “I’m going to continue doing what I’m doing – protesting against what’s happening in Iraq. Somebody needs to explain to certain children why their daddies aren’t coming home for Christmas. It looks like I’m going to have to be that person.”

More recently, Matchroom Boxing and Wasserman Boxing, who were both promoting the Eubank Jr and Benn fight, released a joint statement in which they announced their intentions to “formally postpone the bout”, adding: “It is undeniable that the British Boxing Board of Control’s decision to withdraw their sanctioning was procedurally flawed and without due process. That remains a legal issue between the promoters and the Board which we intend to pursue. 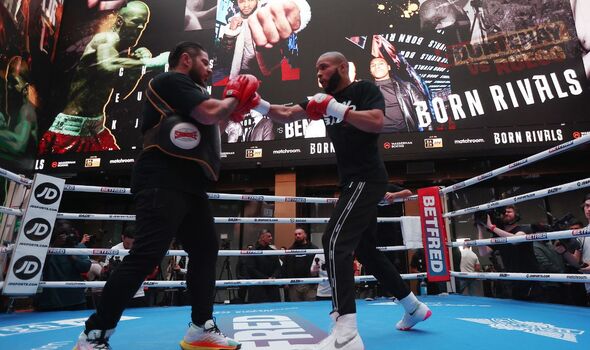 “However, whilst there are legal routes to facilitate the fight taking place as planned, we do not believe that it is in the fighters’ interests for those to be pursued at such a late stage, or in the wider interests of the sport.

“As promoters, we take our obligations and duties very seriously, and a full investigation will now need to take place. We will be making no further comment at this time and news for ticket holder refunds will follow.”

British boxing promoter Eddie Hearn, who represents Benn, defended his fighter, making a statement that the star was “not suspended by the BBBC and we don’t feel he has been given due process like many others in this situation before him”.

Hearn added: “I have seen reports about going to the High Court and bringing in foreign commissions but this is just not true, we took our time and made a decision that we felt was in the best interests of the parties involved. It wasn’t a decision that was easy.

“This is a sport that is very, very dear to us and while we were desperate for this fight to take place for the fans, for the undercard fighters, we made a decision we felt we had to at this time, especially considering the interest of the sport and the British public.” 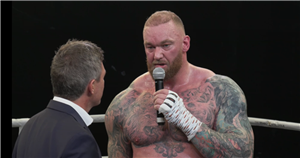