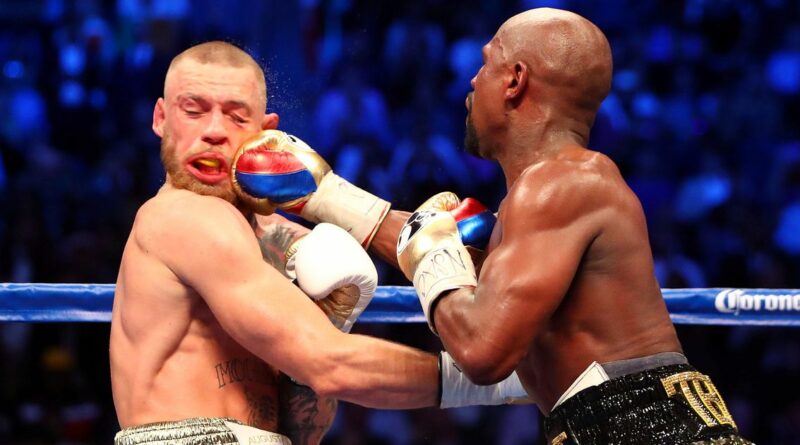 Conor McGregor has been told he can challenge for a boxing world title – if he first beats a ranked opponent.

The former two-weight UFC champion has fought just once as a professional boxer, losing by stoppage to Floyd Mayweather in 2017.

McGregor has since returned to the cage but is determined to take on Manny Pacquiao in the ring later this year.

Indeed, the Filipino legend has confirmed he wants to take on the Dubliner in his next fight having himself not fought since he outpointed Keith Thurman in summer 2019.

But another option has emerged for McGregor with WBC president Mauricio Sulaiman suggesting he could fight for their welterweight title – currently held by Errol Spence – if he beats someone ranked in the top 15.

"I would say, he needs to face and defeat a ranked fighter, then he would be eligible to be ranked and to compete for a title," Sulaiman told The Sun.

"We have plenty of examples of Muay Thai fighters, who turn professional in international boxing, and they are eligible to fight for the title.

"We also have amateur superstars like Vasyl Lomachenko, they come into professional boxing and fight for the title and it’s proven it works.

"Conor has a mixed martial arts resume, so if he comes into boxing and wins a fight against a ranked fighter, he would be eligible to be ranked.

"This is not a rookie entering the sport; he has a long history of combat sports, so it’s a different scenario of what it used to be in the past."

McGregor struggled to lay a glove on Mayweather when they clashed in the second-richest fight of all time.

The American later admitted he had barely trained for the fight which saw him ease to the 50th victory of his career.

He has not fought competitively since but will return to the ring next month in a bizarre exhibition bout against social media star Logan Paul.

Mayweather has often touted the possibility of a rematch with McGregor – but the Irishman's manager claims the ring legend knows he'd lose.

"I do believe [if we see] Conor vs Floyd again, he beats him. I don't think Floyd ever takes it," he told Dubai radio.

"Floyd's taking YouTubers for a pay cheque right now. Floyd could take Manny Pacquiao in a rematch, you don't see him taking that fight.

"Floyd could take Conor McGregor for a rematch, you don't see him taking that fight – but he'll take a Logan Paul; he'll take the young Japanese fighter he fought previously.

"I think that's what he's going to do, Floyd knows he would lose if he took on either Manny Pacquiao or Conor McGregor."