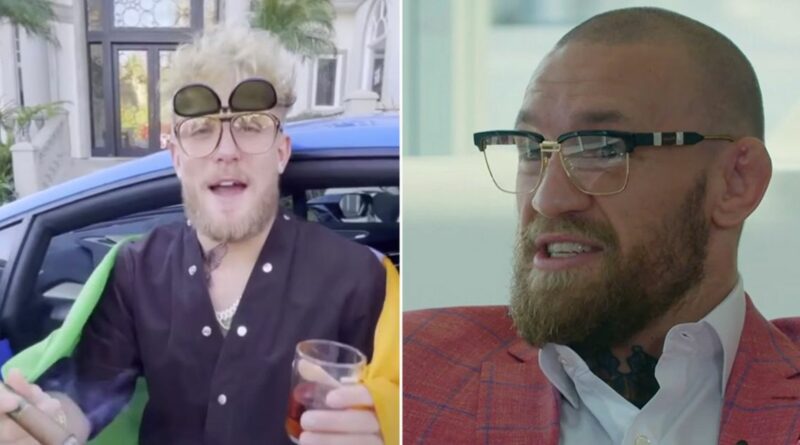 Conor McGregor has brutally shutdown any talk of him getting into the boxing ring with 'confused little kid' Jake Paul.

But it's clear the UFC hero has respect for the American due to desire to step into the fight game.

YouTube star Paul has been calling out the 'Notorious' in recent weeks, demanding a boxing bout worth $50m following his exhibition win over NBA star Nate Robinson.

McGregor had stayed relatively silent regarding Paul and his calls for a fight, despite the 24-year-old taking aim at his family.

But now the Irishman has set the record straight by saying he has no interest in fighting Paul or anyone in the YouTube game. However, the 32-year-old admitted he is excited to see what is next for Jake, and his brother Logan.

"That is what it is," McGregor told BT Sport.

"We'll see what happens. That's it. He seems like a confused little kid to me, to be honest.

"Now, he’s willing to get in, so we don’t know what’ll happen. It's not on the radar at the minute with the young lad. I know him and Dillon [Danis] have been back and forth, so you never know.

"It's a mad little scene at the minute, isn't it? I'm not against it. Any man that is willing to make that walk, you know, all the best."

UFC chief Dana White, who has championed McGregor throughout his career, has no interest in making the fight with Paul.

"There's a market for these kinds of fights. It's just not what I do," White told TMZ in December.

"There will be a day when Conor McGregor could do these types of fights and make a bunch of money.

"[McGregor] is one of the greatest fighters on Earth right now.

"He shouldn't be fighting kids that have f–king YouTube videos."

McGregor takes on Dustin Poirier this evening and insists he wants seven fights between now and the end of 2022.

Joseph Parker pulls out of Derek Chisora fight due to illness