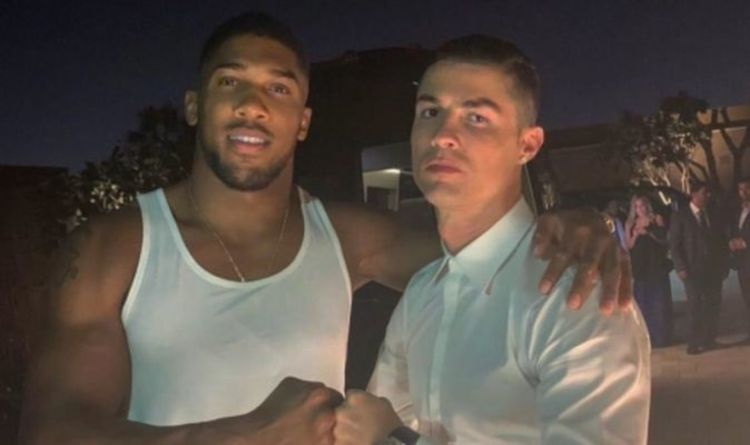 Cristiano Ronaldo has shed light on his conversation with Anthony Joshua while on holiday in Dubai. The two stars crossed paths at the beginning of 2019 and took the chance to have a chat about their journey to the top.

Ronaldo likes to watch boxing in his downtime, while AJ is also a football fan.

The Juventus forward has since revealed he felt inspired by their conversation, which increased his desire to maintain a high level of performance.

He told Gennady Golovkin as part of DAZN’s Parallel Worlds: “We had the opportunity to speak last year in Dubai, I was with Joshua and we had conversation.

“Thirty-three years old is that age where you start to feel down. 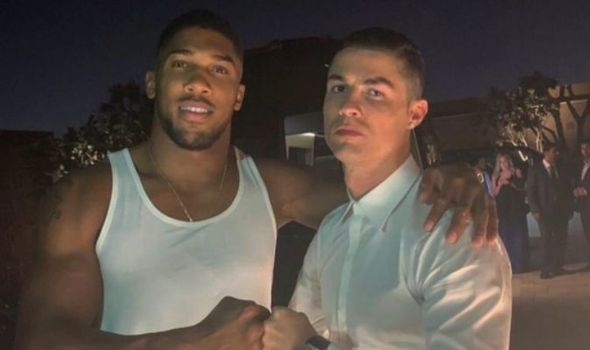 “I don’t wanna be in the sport, in football, where people say, ‘Cristiano was an unbelievable player and now he’s slow.’

“I don’t want that. You can take care a lot of your body, the body’s not a problem I don’t think.

“It’s here [points to his head], your motivation, experience. I think this is the most tough.”

Ronaldo admitted he was quick to correct friends ahead of Joshua’s first fight with Andy Ruiz Jr, when they mocked the Mexican’s appearance.

“The fight, Ruiz against Joshua – Joshua is top, but the other one is good,” he said.

“I talked with my friends and they said, ‘Ah, his body.’

Ruiz would stun Joshua in the seventh round at Maddison Square Garden, before eventually being beaten in the rematch in December 2019.

Kazakh middleweight world champion Golovkin also gave Ronaldo a tutorial on the punch bag as part of the series. 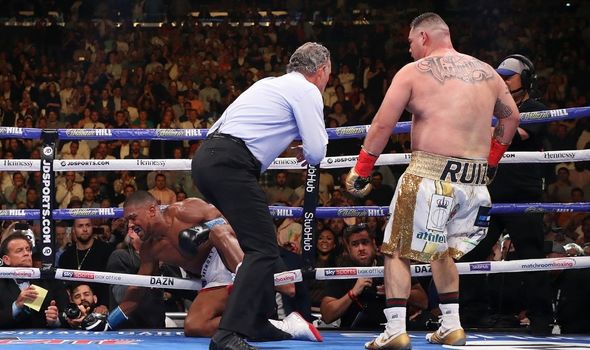 Ronaldo even conceded that he’d rather watch a boxing match or UFC fight than football.

“Playing football is my passion, but I prefer watching other sports on TV,” Ronaldo confessed.

“I don’t think I could have been a boxer, it’s tough. You have to be born for that, with that gift.

“I think I was born to be a professional footballer, I thought I had that gift from the beginning, and I said to myself: ‘I’m going to grab this opportunity with my hands’.

“When I was at Manchester United, a coach boxed with me. I think practising boxing is useful for football because it sharpens your senses and you learn to move.”