Floyd Mayweather could end up fighting in the UFC after talks with Dana White. The former boxer confirmed he will be making a comeback from retirement in 2020.

The American has been out of the ring since his exhibition fight against Tenshin Nasukawa on New Year’s Eve last year.

Mayweather destroyed the kick boxer inside a round in Japan – his second fight against a non-boxer in two years.

The other occasion he faced off against a non-boxer came in 2017 as he defeated UFC star Conor McGregor in nine rounds, after which he declared he was retired.

In November, however, Mayweather confirmed he would be returning from retirement in 2020, after posting an image of himself with UFC president White on Instagram.

JUST IN: Conor McGregor gives UFC fans glimpse into mindset ahead of UFC 246 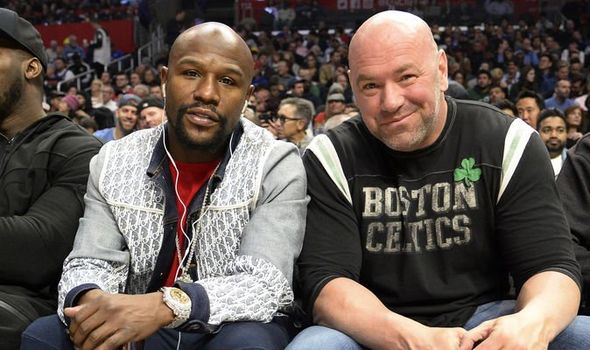 The two then confirmed they would be working together on an event in 2020, indicating White was finally making his move into boxing.

On Monday, White told ESPN that he would be working with Al Haymon – Mayweather’s long-term advisor – about options for his next fight.

“[Me and Floyd] both started talking. The easiest way to explain it to you is Floyd and I both feel that we add value to each other,” White said when asked how the link-up came about.

“We’re going to figure something out. Some things have to play out and then I’m going to start talking to Haymon.

“Maybe this summer and then I’ll have something for Floyd in the fall.”

White was also asked about the logistics of Mayweather’s return, as he hinted the American wasn’t just in it for a quick cash-grab.

He also indicated that he could end up fighting a UFC fighter – either in the ring or the octagon.

Mayweather has been called out by a host of MMA fighters, including lightweight champion Khabib Nurmagomedov. 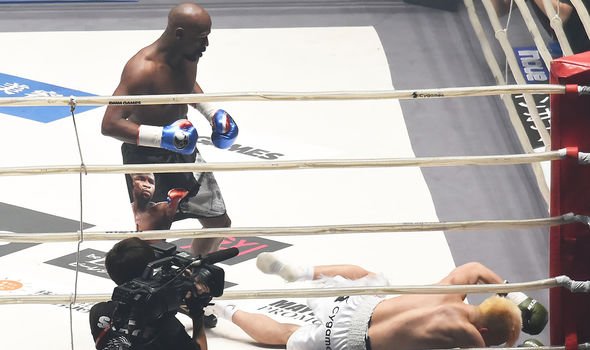 And while White refused to confirm that 42-year-old Mayweather would make a move to the UFC, he did state there is a chance of another crossover event.

“Compete. The money is in Floyd competing,” White continued.

“We’ll see [about fighting Floyd in the UFC]. We’ll see where.

“We can do crossover stuff here or we could do something in boxing.” 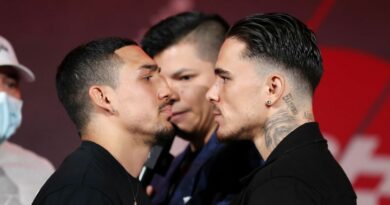 Tyson Fury vs Tom Schwarz: Kubrat Pulev emerges as favourite to be next opponent before Deontay Wilder rematch