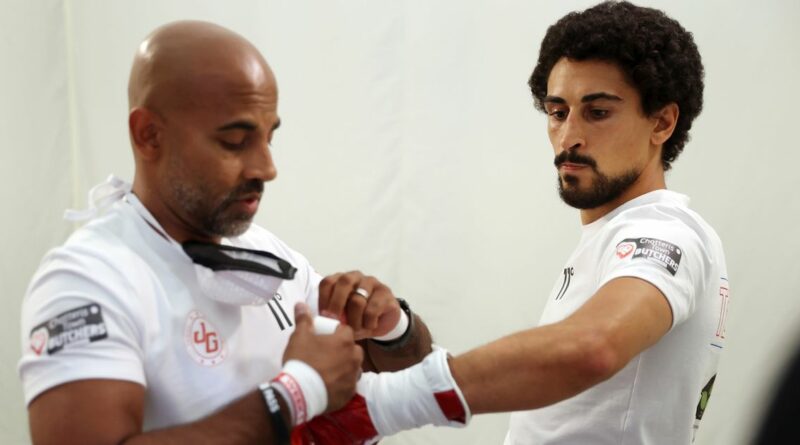 Dave Coldwell is back in the Matchroom bubble this week as his featherweight hopeful Jordan Gill gears up for the biggest test of his career to date against Cesar Juarez on Saturday night.

The renowned trainer is a bubble regular by now and was also here for Josh Warrington's upset defeat by Mauricio Lara last Saturday, with his super-bantamweight prospect Hopey Price claiming victory on the undercard.

On Wednesday he returned to the Hilton Hotel, Wembley, primed and ready for yet another weekend of action.

"This is kind of the closest I'm going to get to a lads week away, so I don't mind it!"

Coldwell has worked in Gill's corner for the last three-and-a-half years, guiding the Chatteris man to nine wins in 10 fights and only coming unstuck on one occasion against Mexico's Mario Enrique Tinoco.

This Saturday they will embark on another Mexican challenge in the shape of Juarez, the former super bantamweight world-title challenger who is also a stablemate of Tinoco's, and Coldwell is convinced it's their toughest task yet.

"He'll be the best fighter Jordan's ever fought," he said.

"Juarez has proven himself to be a world-level operator. If you go back and watch the Nonito Donaire fight, that's a hell of a fight.

"In the early rounds Donaire was controlling him quite comfortably, and then all of a sudden you see Juarez impose himself and turn it into a tear-up and one where Donaire is in trouble.

"Recently you look at his fights with Angelo Leo, a world-title eliminator, he gave him a really good fight. All the way up until he loses he's swinging, he's throwing bombs, he's walking through things and he's very, very aggressive.

"Then his last fight against Carlos Castro as well, same thing until it gets too much for him and then he gets stopped.

"So for every second he's in there, he gives a tough fight."

If Gill was in need of a reminder to never underestimate the strength and durability of a Mexican fighter then he got one in emphatic fashion last weekend.

Warrington, the No.1 ranked featherweight on the planet at the time, was caught out by an unknown quantity in Lara as he slumped to his first professional defeat against all the odds.

With one eye on potential mega-fights against the division's finest, and having relinquished his IBF title to avoid a mandatory clash with Kid Galahad and get through a quick tune-up bout instead, the Leeds man was made to pay for such complacency in a one-sided, nine-round battering before he was eventually knocked out.

Coldwell said: "Warrington went for the stoppage against the Mexican and you saw what happened.

"He probably had that same attitude of looking at Lara and thinking, 'He's not all that, I shouldn't be fighting him, I should be fighting somebody else and I've got to make a statement. I've got to go in there and stop him.'

Get the latest football news straight into your inbox!

"He tried to have a tear-up and ended up getting absolutely smashed.

"So if he could turn back the clock, would he think, 'It doesn't matter, let me look good by beating him in my way.'

"That's what Jordan's got to do. He's got to forget about trying to make statements and things. The statement is beating a world-level opponent."

Warrington was a shadow of his former self from as early as the very first bell at Wembley Arena, taking gradual punishment from Lara in the opening three rounds before disaster struck in the fourth.

With just over a minute of the round remaining a crisp left hook turned his legs to jelly, and 30 seconds later the same punch sent him tumbling to the canvas.

Despite a visible and alarming wobble as he returned to his feet, Warrington somehow lasted another five rounds before Lara unleashed a vicious attack in the ninth to send him down again – and this time to the point of no return.

Many felt he should have been saved from himself and pulled out by either referee Howard Foster or his father and trainer Sean O'Hagan at the end of the fourth. Coldwell, too, sides with that notion.

"Whether the ref should've or not, I would've pulled him out [as a coach]," he said.

"If you see a chinny kid and you think that automatically before you go in the ring, as soon as he gets wobbled you'll pull him out.

"If you know somebody's been in with big punchers before, never been rattled, never been down, you give them more of an opportunity. I'm not saying that's right, but refs are human.

"So from a ref's point of view, I get that. From a corner's point of view, you know your man, but ultimately you also know what his legs are like. And for me when your legs are gone and you're taking punishment that's when damage is done.

"I would have pulled him out after the fourth."

Coldwell is confident he will not be left with a similar dilemma when Gill meets another of Mexico's battle-hardened fighters in London on Saturday night.

He revealed: "I messaged Jordan [when Warrington lost] and I said to him, 'This is the perfect example of what not to do next week. If you give up your assets to suit his assets, it's a f****** hard fight.'

Oliver McCall: The boxer who beat Lennox Lewis 25 years ago – and is still fighting aged 54 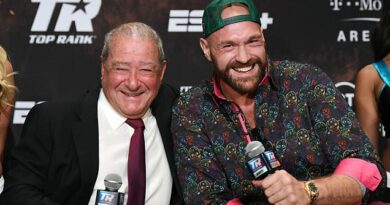 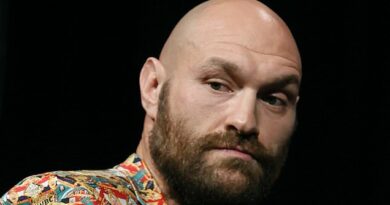