David Haye is soaking up the sun with The Saturdays stunner Una Healy on holiday as he showed off his superb physique to fans in Morocco.

The two-weight boxing world champion saw off 2022 in Marrakesh, and he had some company. He posted an Instagram snap to his 544,000 followers, posing by the pool with his arms around Healy and the stunning Sian Rose.

And despite being out of the professional game for nearly five years, 'The Haymaker' looked in incredible shape as he sported swimming shorts and a string necklace at the Park Plaza hotel. The 42-year-old also had a heartwarming message for his fans.

READ NOW: David Haye has 'ridiculous rolls' but vows to go from 'fat to fit in eight weeks'

"Happy new year and may 2023 be everything you hoped for," he wrote. "If a picture says a thousand words, then this one says exactly what it needs to.

"I decided to start the year in the sun, looking/feeling healthy, tanned and ready to attack the year ahead. I’ve always wanted to visit Marrakesh, ever since I read ‘The Alchemist’ (Paulo Coelho). I wanted my very own Morroco adventure to one day write about, well that box now is well and truly ticked.

"I’ve starting Jan first with the correct energy, surrounding myself with understanding beautiful human beings, who do not judge, but instead accept me for my authentic self. The support I get from so many amazing friends and associates, makes my world a much better place to live."

Could David Haye still be boxing in the shape? Let us know in the comments section below.

There was no direct mention in the post Healy, but the Irish singer had already revealed snaps of her break via her own Instagram account. But she wasn't just posing poolside, also snapped in black shorts and a vest top in front of a picturesque waterfall in the Atlas Mountains.

Fans of Haye lauded his post, with @elcuerpodepapi writing: "King David doing the new year like he does every year. All the best brother." @htm_27497 added: "You got abs back champ."

@tonykitous dubbed him "King David of Marrakech" while __garethh__ echoed the sentiments of many followers by writing: "The luckiest man in the world…bar none!" 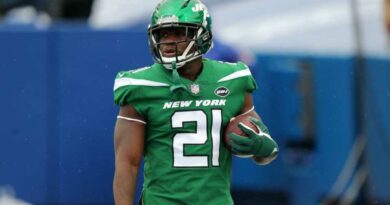