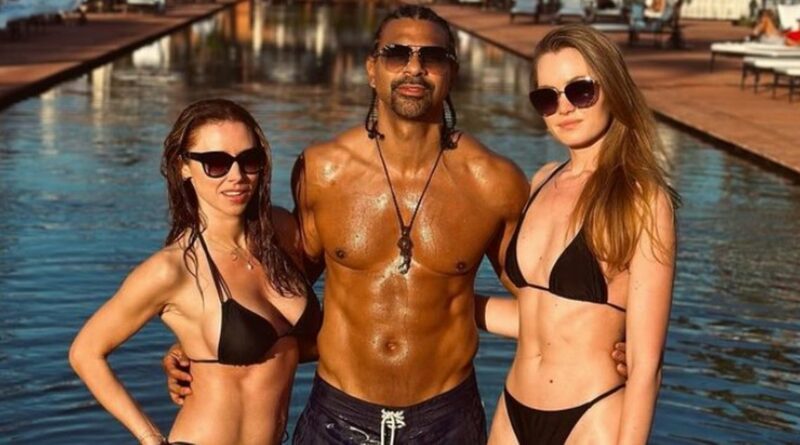 Former heavyweight boxing champion David Haye is in a three-way relationship with two other women, it has been reported.

The Hayemaker has been sparking romance rumours recently with The Saturdays singer Una Healy after more than one intimate snap of them together was posted on social media. Not only are they together, but there is also a third member of the relationship.

The Sun reports model Sian Osborne is also involved in the "throuple", having spent a lot of time together last year including both at home and abroad. Christmas in London was followed by a fancy trip to Marrakech to kick off the New Year in style.

Haye, 42, has been dating Osborne since 2020, which is why fans were puzzled to see him so close with Healy, 41, in recent times. They are all together in one package – an arrangement they have told their family and friends about.

A photo uploaded to social media this week showed the retired boxer holding hands with both of them. "I've started 2023 in a comfortable place, feeling genuinely happy and at peace. Here's to this year being ours x," she wrote in the caption.

Should three-way relationships be normalised in our modern society? Have your say in the comments section below.

Posting a photo of himself with Osborne and Healy, Haye wrote on his Instagram page: "If a picture says a thousand words, then this one says exactly what it needs to. I decided to start the year in the sun, looking/feeling healthy, tanned and ready to attack the year ahead.

"I've always wanted to visit Marrakesh, ever since I read 'The Alchemist' (Paulo Coelho). I wanted my very own Morroco adventure to one day write about, well that box now is well and truly ticked. I've starting Jan first with the correct energy, surrounding myself with understanding beautiful human beings, who do not judge, but instead accept me for my authentic self.

"The support I get from so many amazing friends and associates, makes my world a much better place to live. So thank you for everyone’s collective effort over the year. Especially everyone at @parkplaza."

The confirmation of their three-way relationship will come as no surprise to some fans, who had already guessed that was the case having seen them all spend so much time together. "So are you guys throuple or what?" asked one fan when Healy posted one photo of them together this week.

In all those recent photos, Haye looks to be back in shape just a few weeks after speaking about his "ridiculous rolls". The former boxer set himself an eight-week challenge to lose 12.5 per cent of his body fat after he had stopped working out as part of an experiment.

What's more, he began to eat desserts and drink alcohol for three months 'like everybody else', resulting in him putting on weight. He did it so he could then prove that anyone can look toned and fit with just five hours of exercise weekly.

"I try to explain to people that I don't train that hard," said Haye. "I do four or five hours of exercise per week which is enough to maintain this body shape. They seem to think it's a genetic thing but I'm saying no it's about the lifestyle that I lead.

"I've turned into a mere mortal. I've got ridiculous rolls of fat on the side. I was just doing what everybody was doing. I'm not over eating, I was eating desserts and just drinking alcohol with everybody else. I've got all this cellulite and horrible stuff to the side. My core has just relaxed and it's not tight."

After three months of little exercise, extra scran and drinking, his weight had risen to 16st 7lb with a body fat percentage of 22.5%. But these latest photos of himself with his girlfriends shows that he has lived up to his promise get himself back in shape by the New Year.

"After week 7 I'm down to 12.5% body fat," he wrote in a post-Christmas update. "That's 10% body fat lost in just 7 weeks. Keeping my carb intake between 30-50g per day and upping protein really works for me. I'm off on vacation now, not the best place to lose fat!" 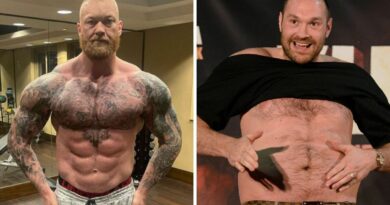 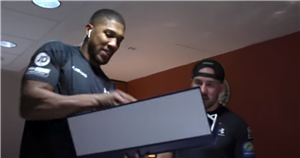