Deontay Wilder branded Anthony Joshua "a coward" and claimed he’s turned into "a killer" ahead of his fight with Tyson Fury .

The American defends his world heavyweight title against the Brit in Los Angeles on December 1.

He had been in negotiations to face fellow champion Joshua but was unable to agree terms.

And Wilder said: "It’s all about Tyson Fury. I don’t want anyone to ask me about Anthony Joshua . He was a coward and that’s that."

Wilder has won all 40 of his professional fights – 39 of them by KO – but admits Fury’s style will be new to him.

He added: "I don’t know what Fury’s weaknesses are. I’ve never dealt with anyone who possesses what he has.

"I’m going to do things he doesn’t expect me to do. Fury thinks I’m going to just be following around him with a right hand – that’s stupid.

"There are a lot of things that are going to be a surprise to him once he steps into the ring. Everybody witnesses it when they fight me.

"When it’s time for fighting and I’m risking my life, I turn into the Bronze Bomber. When I’m in the ring it’s a different thing than when I’m just Deontay Wilder ."

Wilder has been training in his home state of Alabama for the fight and revealed he has not yet contacted former world heavyweight champion Wladimir Klitschko for tips on how to fight Fury.

Klitschko fought – and lost to – the Gypsy King in 2015 and Wilder said: "I personally didn’t reach out to him, I don’t even know if my team have either.

"That’s a great idea, I haven’t even thought about that one. We’ve just been going along with what we know.

"What we’ve been doing has been amazing. But that’s maybe something we will probably reach out and do and ask him how he was feeling, what was he thinking. 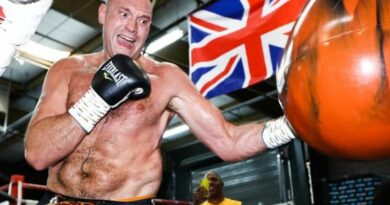 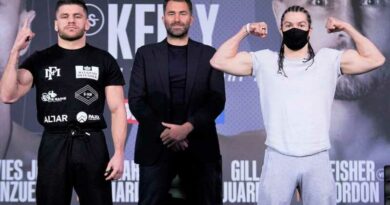