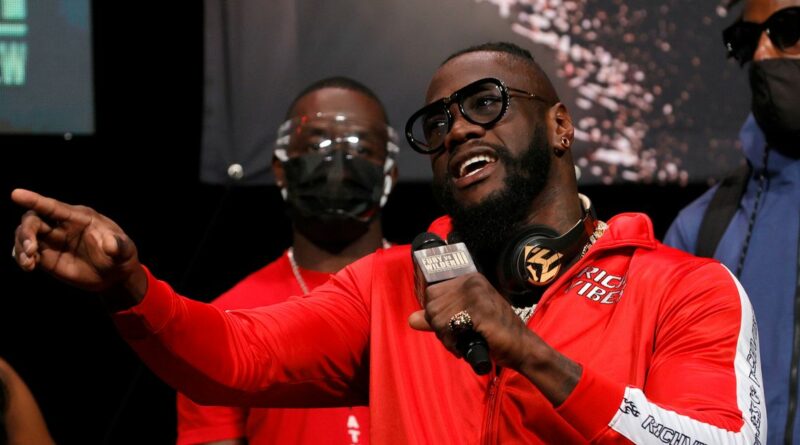 Deontay Wilder has opened up on his boxing future for the first time since being defeated to Tyson Fury and has vowed his career is just "beginning".

The American star was beaten for a second consecutive time in Las Vegas by trilogy rival Fury which signalled the end of an era in his career.

Wilder also broke his hand during the loss which further heightened speculation that he could hang up his gloves.

But the 36-year-old has promised to return with a bullish defiance admitting he has goals that are yet to be completed in the sport.

Wilder told Telli Swift's podcast : “I’m feeling great, I’m doing great. We didn’t get what we wanted [against Fury], but we still got something out of it. I think we got something even bigger out of it besides just a victory.

“I’m grateful for that. I’m blessed all the way around. With that being said, it’s no complaints at all, we just move forward.

“You come up to a certain point, as humans we feel we come up to a dead end or we fail, we think this is it for us. But when you’re travelling along your journey, nothing should be ‘this is it’.

“For me, this is not it, this is just the beginning. The best is yet to come from me. Although I have accomplished a lot of things, more than I could’ve imagined. I do still have goals in the sport, that’s why I still have love for it.

The American immediately reacted negatively after the fight by refusing to shake the 'Gypsy King's' hand after sensing their long-term rivalry was now over.

Wilder had success in the fight and could consider himself unlucky not to have exacted revenge after his opponent survived a double-knockdown in the fourth round.

Who do you think Deontay Wilder should face on his return? Let us know your verdict in the comments section below

He has already began plotting his return according to his manager Shelly Finkel who has also suggested that the 'Bronze Bomber' could pursue a fight with Anthony Joshua.

But his trainer Malik Scott has rubbished any chances of him focusing on retirement and has admitted the pair have been having 2am phone calls to discuss his return to action.

"I planned on not talking about boxing with him, but Deontay is such a warrior, such a natural fighter, that he’s already plotting and planning the same way he did after the (second) fight against Fury,” Scott told World Boxing News.

After the fight, I kept telling people Deontay’s gonna rest. I don’t want to talk about boxing with him, and I’m not even going to bring boxing up.

"But after the fight, I’d call him like 2-3 in the morning, wake him up and talk to him about new drills I have for him, new stuff we have to work on." 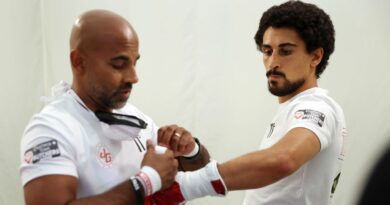