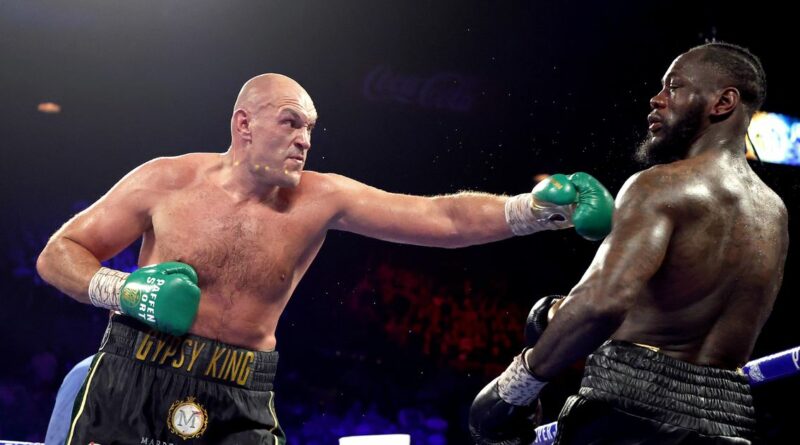 Deontay Wilder believes Tyson Fury has blown his chance of winning their trilogy fight by waiting 17 months to face him again.

Both heavyweights have been inactive since their February 2020 rematch which Fury won in the seventh round after two knockdowns earlier in the fight.

And after having two dates in July and October pushed back due to the coronavirus pandemic, Fury walked away from the contracted third bout to instead face Anthony Joshua in August.

However, an arbitration ruling brought by Wilder has forced the heavyweight champion to commit to a trilogy fight on July 24 in Las Vegas.

And speaking with his promoters Premier Boxing Champions' on an Instagram Live stream, Wilder said that he has now made the requisite changes, and taunted Fury for not accepting the fight sooner.

"Their best chance was earlier in the last year, July last year, October, if they wanted to try and come and get me," Wilder said of their trilogy.

"They allowed me to heal up 1,000 per cent, every little thing that was wrong with me I got it taken care of, I've got a whole centre for rehabbing, I've got A1 doctors.

"I've got a great team, it's been amazing, I've been getting proper sleep as well and it's been good, at this point in time I'm very, very dangerous."

Wilder was a feared heavyweight champion when he held the WBC belt from 2015 to 2020, making 10 defences including a draw with Fury in December 2018.

But now that he is a challenger again, the American has said that he is 'free', and claims he is the most dangerous opponent Fury could be facing.

"One of the most dangerous people to be around is the one who has nothing to lose," he continued. "Come on, man, I'm totally free.

"He's got to keep up and do the same s*** he did the second time, the same s*** and he knows he's going to be under the microscope the whole time.

Who will win Tyson Fury vs Deontay Wilder 3? Let us know in the comments below

And Wilder has vowed to 'legally murder' Fury in when they meet in the ring next month, having spent the last year-and-a-half visualising the undefeated Manchester native.

"I can't wait, when you're contemplating and pre-meditating about harming a man and you see that person, what you've been thinking and feeling will come out.

"The only thing about it is, at that point in time, I have to wait until I get in the ring to really release because I can't do it on the outside, it'd defeat the purpose.