Deontay Wilder has vowed to take Tyson Fury’s “head off” when the pair meet for the second time next month. Wilder will defend his WBC world heavyweight title against Fury almost 18 months after their first bout.

Fury became the only man to face Wilder without tasting defeat back in December 2018.

The ‘Gypsy King’ earned a draw against the American, though many feel that Fury should have been awarded the decision.

The fight will be remembered by most fans for the incredible knockdown Fury survived in the final round.

Wilder, much the heavier-hitter of the two, connected with his trademark straight right hand which appeared to knock the challenger out cold.

JUST IN: Conor McGregor vs Donald Cerrone: How UFC 246 bout will be won and lost 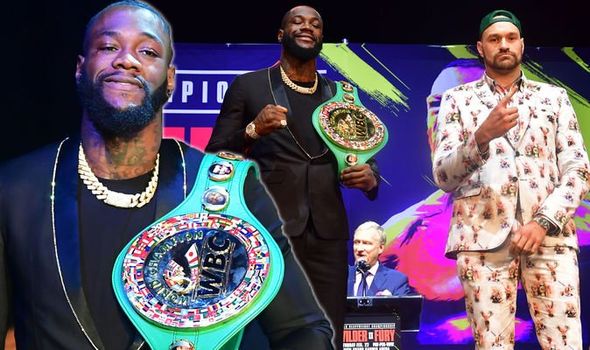 Somehow, Fury rose from the canvas and managed to see out the round – and therefore the fight.

That moment has become etched in the memories of fight fans due to the fact Fury seemed to snap out of his pain and rise to his feet in barely-believable scenes while Wilder celebrated prematurely.

After a pair of tune-up fights for both men, they will now meet again in the ring on February 22nd in Las Vegas.

And Wilder has chillingly vowed that when he connects again, Fury won’t be able to get up as he did the first time, as he promised to rip his “head off”.

“I’m prepared more than ever,” he said.

“I knocked him out the first time. I told him that I’d baptised him and I did. Rising up was part of the baptism. 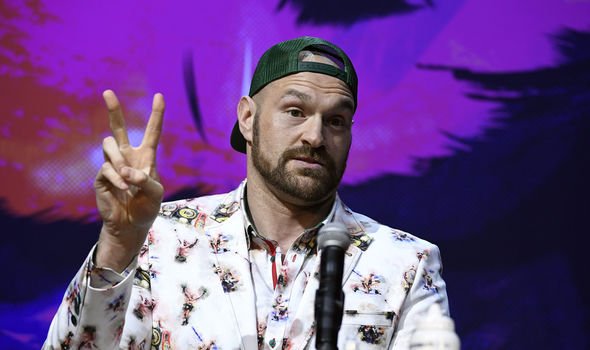 “When you have power, there’s no way around it. You can’t prepare for it.

“I gave this man a concussion the first time, he doesn’t know how he went down or how he got up.

“This is unfinished business that I will finish. I will knock him out. I’m the king of the jungle.

“I’ll rip his head off. I’ll knock him through the ropes.”

Fury had a knockout prediction of his own, as he claimed the fight won’t go beyond two rounds.

He will be fighting with new head trainer Sugarhill Steward for the bout, and explained that the switch in coaches will be imperative to his gameplan.

“That’s why I’ve employed the Kronk trainer who specialises in sitting down on the right hand. Look at all the Kronk fighters, Wladimir Klitschko even, they look for the big right hand.

“I’m sick of points decisions, I’ve had plenty, but I’m looking to knock him out.”