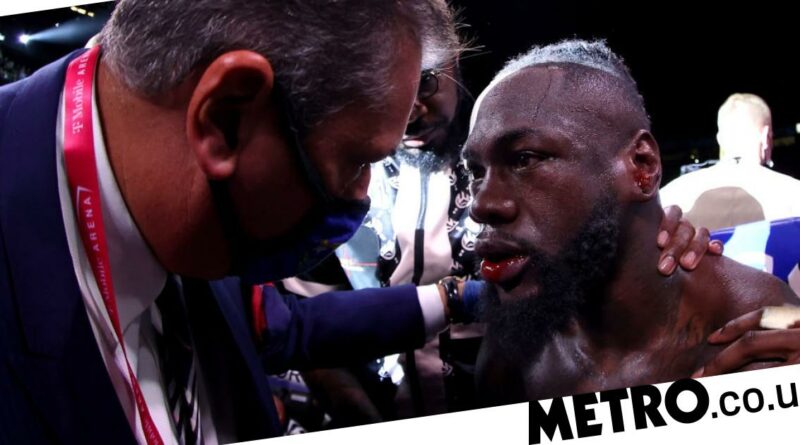 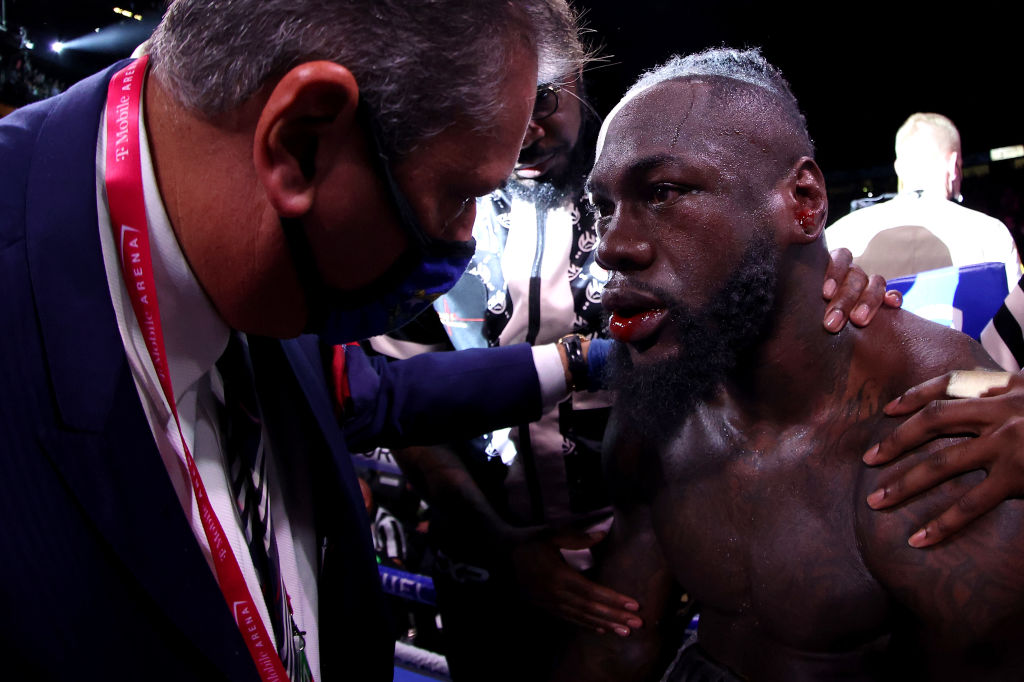 Deontay Wilder admitted he ‘wasn’t good enough’ against Tyson Fury before being taken to hospital as a precaution following the brutal knockout defeat.

The American fighter was knocked down in the third, 10th and 11th rounds as he failed to avenge his 2020 defeat to Fury at the T-Mobile Arena in Las Vegas.

Wilder briefly stunned Fury by twice sending him to the canvas in the fourth round, but the unbeaten Brit soon regained control and dominated most of the remaining rounds to defend his WBC world heavyweight title.

Both fighters weighed in at career-high weights for this fight, with Fury at 277 pounds and Wilder at 238 pounds, and the Bronze Bomber felt the difference in weights proved crucial on the night.

‘I did my best, but it wasn’t good enough tonight,’ Wilder said.

‘I’m not sure what happened. I know that in training he did certain things, and I also knew that he didn’t come in at 277 pounds to be a ballet dancer.

‘He came to lean on me, try to rough me up and he succeeded.’

Shortly after his heavy defeat, Wilder was taken to the University Medical Centre in Nevada to be looked over.

While Wilder will now need to rebuild his career, Fury has underlined his status as the best heavyweight on the planet and an all-time great.

He said: ‘I am very proud of my performance and the victory tonight. I was given this victory by god again and I am really thankful for it.

‘There were some shaky moments in there but I never lost faith. I continued on and persevered and got that single punch knock out.

‘As soon as I landed it I jumped on the ropes. I knew he was not getting back up from that.’ 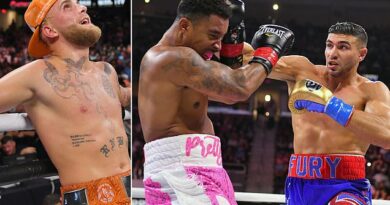 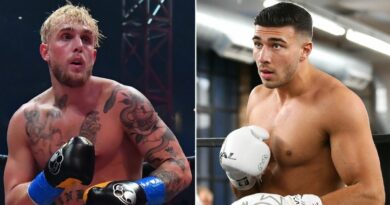