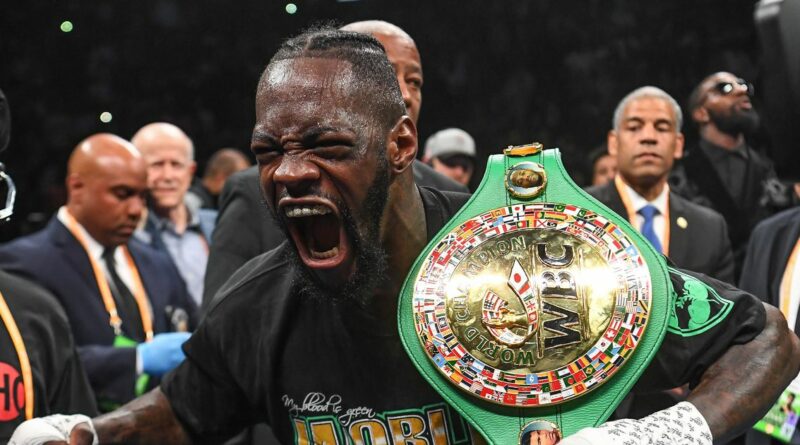 Deontay Wilder’s preparation for his upcoming clash with Tyson Fury has been intense, to say the least.

Wilder has shared a number of photos and videos from his training camp, including his viral 310lbs bench press that was mocked by rival Dillian Whyte, and a series of clips of his brutal punching bag sessions with trainer Malik Scott.

Yesterday night, the Bronze Bomber shared his latest post which showed his black and gold boxing boots doused in blood after an astonishing 16-round sparring session.

Wilder captioned the post, “16 rounds it went down. What’s understood don’t have to be explained.

"He may have crazy power and he might be the biggest punching heavyweight since Mike Tyson, but he has no class and he has no skillset to match that power,” Bellew claimed in an interview with talkSPORT.

“So it’s like a bull in a china shop. He doesn’t know what he’s doing.

“He can’t set his attacks up, his jab was just useless in the fight, he didn’t know what to do. Even when he had Tyson Fury down and out [in the first fight] he couldn’t finish him.

Do you think Deontay Wilder stands a chance against Tyson Fury? Let us know in the comments section below.

Tyson Fury vs. Deontay Wilder III is set to take place on July 24th at the T-Mobile Arena in Las Vegas, with the WBC and Ring Magazine heavyweight titles on the line.

The bout comes 17 months after Fury’s stunning seventh-round knockout of Wilder in their 2020 rematch. Neither man has competed since, and the Gypsy King will enter the clash as a heavy favourite.

Wilder will be hoping to become a two-time world heavyweight champion, while Fury will be looking to set up an all-British heavyweight unification bout with Anthony Joshua.

The event is set to be a night full of heavyweight action, with a handful of other bouts already booked on the undercard. Most notably, Robert Helenius will face Adam Kownacki in their highly anticipated rematch.

Anthony Joshua vs Tyson Fury could be staged in UK, USA or Middle East – where is most logical?