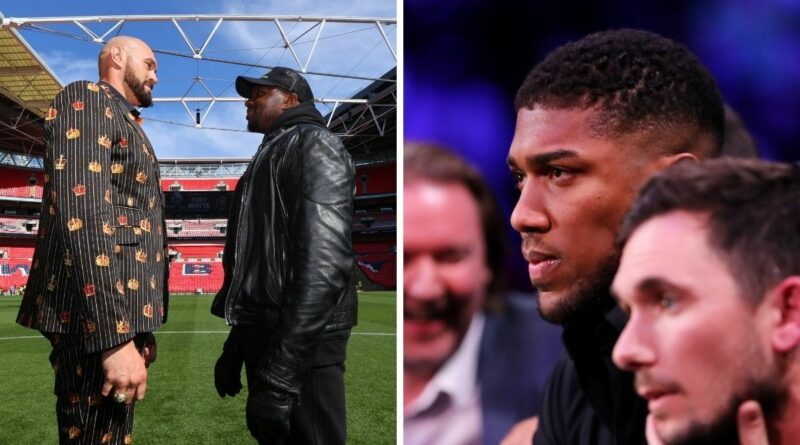 Dillian Whyte has told fellow British heavyweight Anthony Joshua he cannot be present at Wembley Stadium to watch the WBC showdown with Tyson Fury. Whyte and Fury have been linked with a bout for years, with the Brixton Body Snatcher waiting patiently for his opportunity to win a world title.

Whyte has waited for his chance to fight for the WBC belt as he was the mandatory challenger to Deontay Wilder in 2018 only to see the Bronze Bomber opt to take on Fury in what became a trilogy. The 34-year-old comes into the fight after recently avenging his defeat against Alexander Povetkin, comfortably crushing the Russian in four rounds after being knocked out seven months earlier.

Fury reportedly had eyed a unification showdown with the man who holds the other heavyweight belts, Oleksandr Usyk, but both Whyte and Joshua – who will face Usyk in a rematch later this summer – rejected step-aside money. With no rematch clause inserted in the contract, it leaves the winner between Fury and Whyte free to explore a lucrative undisputed bout in the summer.

Whyte wants the undisputed bout to be another all-British affair between himself and Joshua, and has urged the Watford-born star to focus on his rematch. The 34-year-old has therefore banned Joshua from being one of the 94,000 expected to attend Wembley on Saturday.

“I don’t want AJ at my fight,” Whyte said. “He needs to fight Usyk and focus on that.

“In the build-up to the last Usyk fight he was too worried about re-matching me and telling people he wanted to beat me up. I wanted to shout out ‘bro, leave me alone and focus on Usyk’. And then look what happened, he got in the fight and looked spaced out, clueless.

“He needs to focus on what he has to do, he needs to forget becoming undisputed and worry about Usyk, because if he doesn’t beat Usyk then where does he go?

“Now is the best time to face Usyk, who knows where the poor guy’s head is at. If you can’t beat Usyk now – with what he has been through – then you never will.

“I don’t want Anthony Joshua to retire because I want to fight him again.”

As an amateur, Whyte defeated Joshua in 2009 before losing to him as a pro in 2015. Joshua is picking Whyte to win, largely because he would be the easier option than Fury after his rematch with Usyk for the WBA, IBF and WBO belts.

If Whyte can upset Fury, he will have his choice of fights – and he warned Joshua wouldn’t be top of the list. Whyte added: “If I wake up on Sunday morning as the heavyweight champion of the world, AJ won’t be my first thought.

“I will be running around the whole hotel and streets with nothing but my belt on, naked… doing the helicopter!” 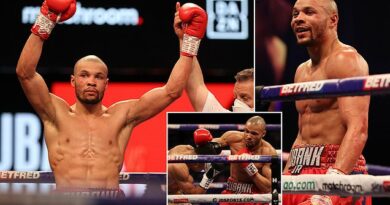 Conor McGregor back in the boxing ring