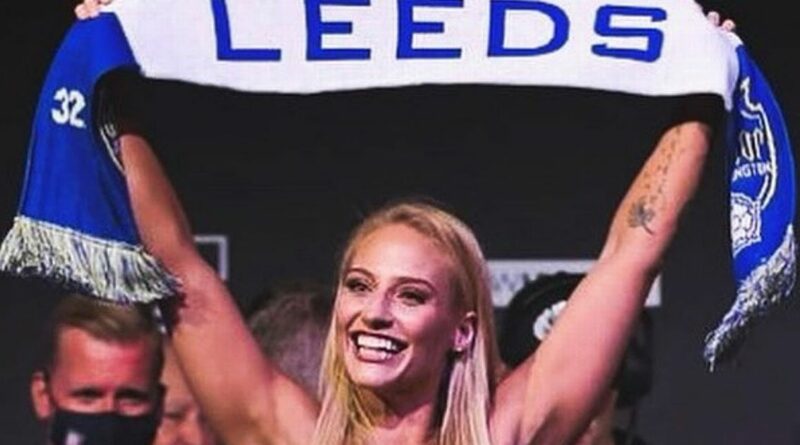 The Blonde Bomber Ebanie Bridges has hit back at fans who have criticised her support of Leeds United.

Bridges slammed a fan who accused her of jumping on a 'bandwagon' when supporting Leeds after Rugby League side Leeds Rhinos had tweeted the World Champion. The boxer hit back: "So I'm not allowed to support sports teams/leagues in a country that I'm not born in, or from a later age?

"[I'm] only allowed to support teams/leagues of where I grew up & if u don’t support them from before u left ur mum's vagina ur not a real fan??? Have a listen to yourself."

Bridges won her IBF female Bantamweight Championship in her adopted city of Leeds in March.

The Blonde Bomber flew out of the blocks throwing heavy blows at Maria Cecilia Roman, whose late flurry wasn't enough to avoid a loss via unanimous decision. Bridges, alongside Josh Warrington, was then paraded on the pitch at Elland Road to a hero's welcome.

Bridges sported a retro Leeds shirt, and she is regularly seen wearing the famous white of the Peacocks – even wearing Leeds socks during her bouts.

What do you think of Bridges' tweet? Let us know in the comments section

Bridges has been outspoken about her love for Leeds, and she was quick to post her congratulations to Jesse Marsch's side after they remained in the Premier League on Sunday.

The Blonde Bomber posted a video of Marsch celebrating with his staff and Jack Harrison – she captioned the post: "The emotion is real!"