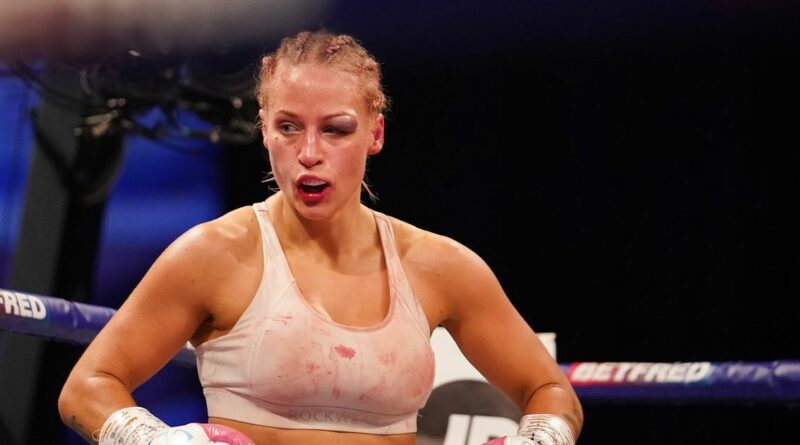 Ebanie Bridges was left with a gruesome eye injury following her bout with Shannon Courtenay on Saturday night.

The two bantamweights endured a heated build-up and it was Courtenay who emerged with a unanimous points victory after ten rounds.

It meant she claimed a world title in just her eighth professional bout, Bridges meanwhile was left nursing a horrific injury on her left eye.

The Australian commented during the fight that she could not see out of her eye as it swelled up throughout the fight.

Come the end of the bout Bridges' left eye was completely purple due to the swelling.

She posted a picture on social media with the caption: “Pretty sure it was from a head butt!”

“And I was trying to open it to show I could see, but the last round I had to keep going to my left because I couldn’t see.

“Hats off to Shannon, she can punch, she can fight. It was a great fight for me, first fight in the UK and I’ll be back.

Courtenay meanwhile was overcome with emotion as she said: "I can't put it into words, me and my whole team have worked so hard.

"I boxed better and had the cuter shots, she was trying to knock me out and I just had to stop trading.

"My jab popped her eye and that was where and when I boxed best."