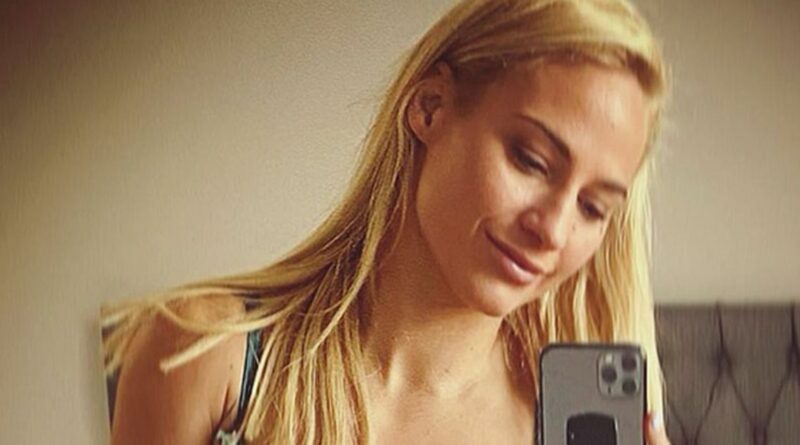 Ebanie Bridges has admitted that it is only a matter of time before she launches an OnlyFans page- and revealed that she is already earning thousands from selling her sweaty socks to fans.

After winning the title of IBF Bantamweight champion following her victory over Maria Cecilia Roman in March, Bridges has cemented her status as a world class fighter in the ring.

Despite this, there has been constant speculation over whether the 35-year-old will start to pose for racy content on OnlyFans, a site where subscribers are able to pay for access to X-rated snaps and videos from their favourite models.

The teacher-turned-scrapper has turned heads for her eye-catching weigh-ins, where she flexes her muscles and poses in skimpy lingerie, often resulting in boxing icon Eddie Hearn not knowing where to look.

And now, the Australian SAS Who Dares Wins contestant has told her former instructor Clint Emerson that launching an OnlyFans page would be a natural progression in the future, as long as it doesn’t hamper her boxing career.

“I would make millions just off my feet,” she laughed, while speaking on an episode of the Can You Survive This podcast. “It’s definitely not out of the question, it’s something that I would be very open to doing now that I’m not going to be back in the classroom."

But, the bombshell stressed that she was reluctant to allow any possible adult modelling to get in the way of her career as a title-winning boxer, and admitted that she wasn’t keen to spend a lot of her time posing for photos to sell to fans.

Still, the boxer described how this hasn’t stopped her from selling her sweaty socks to fans, and she told the podcast’s host that she is already making a tidy sum from this side-business.

“$1000 AUS (roughly £540) is a pretty good affordable thing for people. Obviously it’s a lot more for my fight socks, but just my everyday training socks yeah it’s $1000,” she revealed.

“They pay $150 AUS (about £85) for just a picture of my dirty socks on the floor, not even on my feet. OnlyFans is literally a hub for these kinds of people; findom, pay pigs, foot people, it’s a hub for it. Why not take it?

And, although Ebanie has made a name in the ring by knocking out opponents with her fists, the boxer confessed that many of the comments she receives seem to focus on her feet.

“I actually had one [fan] come to a meet and greet, and he messaged me after and sent me a photo of me and him, and was like, ‘I didn’t want to ask you for a photo of your feet while I was at the meet and greet’," she remembered.