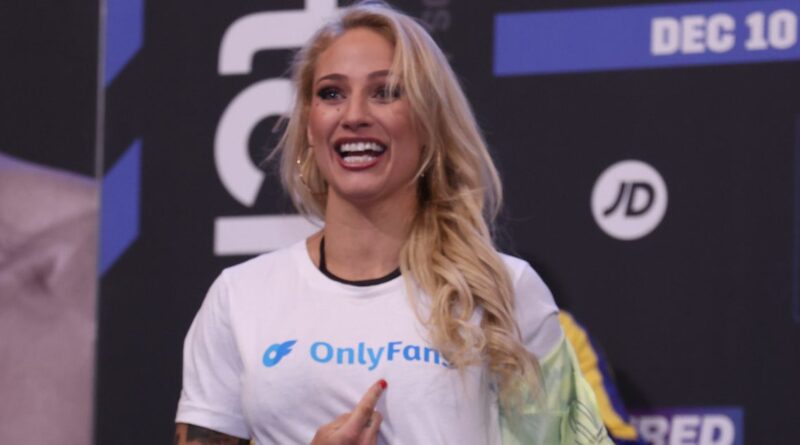 Bridges joined OnlyFans in December and has been using her Instagram to promote her more explicit content. In one post just after Christmas, the Blonde Bomber wore eye-popping lingerie as she rested her boobs on a piano and looked longingly at the camera.

Captioned: "I absolutely love getting to know my fans and talking 1-1 on my @onlyfans", the image went down a hit with her fans – including Sky Sports favourite Laura Woods. The popular football presenter commented: "Jesus Ebanie," with three flustered emojis.

READ MORE: Ebanie Bridges 'steps into 2023' in sexy red lingerie promising she 'won't give a f***'

But Bridges has now revealed that her post has been taken down for breaching community guidelines after someone complained about its content.

The 36-year-old shared an image from Instagram which said: "Your post has been removed. It goes against our community guidelines on adult sexual solicitation. Our guidelines encourage people to express themselves in a way that's respectful to everyone.

Are you a fan of Ebanie Bridges? Tell us in the comments section below.

"If you think that we've made a mistake, you can ask us to review our decision."

From Bridges' response, there's little doubt that she felt Instagram had made a big mistake. Over the top of the screenshot from Insta, she wrote: "Whoever is reporting me need to seriously get a f***en life."

A look down the boxer's Instagram shows that the post has indeed been removed. However, other similar posts remain up, including one of Bridges lifting up her top during an interview, exposing her boobs.

The Blonde Bomber joined OnlyFans before her fight against Shannon O'Connell in early December. Her account has proved extremely popular so far (no surprise there), racking up an impressive 68,000 likes.

Promising to give her fans a chance to see her life "beyond the boxing", Bridges is currently offering new subscribers 60% off for the first 31 days. 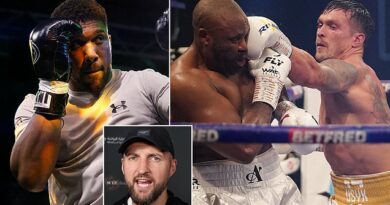 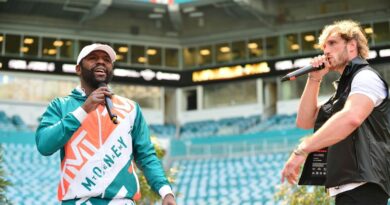