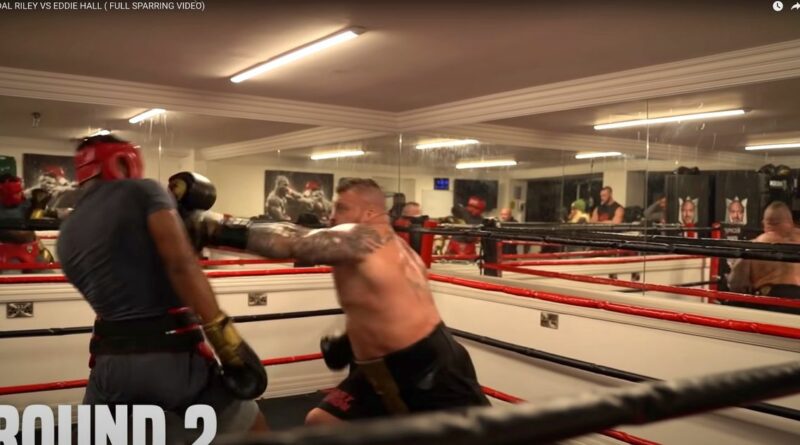 Eddie Hall caught Viddal Riley with a huge punch after asking the eight-time national champion to “keep the power down”.

Riley sparred with the former World’s Strongest Man in the weeks building up to Hall’s titanic clash with arch rival Hafthor Bjornsson. Unfortunately for Hall and his fans, the Game of Thrones star emerged victorious after knocking him down on two occasions and recording a points victory.

While Hall did manage to trouble the Icelandic giant on two occasions himself, he ran out of steam in the closing stages of the colossal contest. However, Hall perhaps should have considered repeating the cheeky, but perhaps unintentional, ploy he pulled on Riley.

“He knew Thor was a Southpaw, so he thought ‘alright, let’s get someone in who has speed, IQ, and can box Southpaw’ but I’m orthodox, so I had to spar in my weak stance to help him.

“It was funny, I hit him with a shot and then he said to me ‘keep the power down’ and then there is a clip, a few seconds later, of him decking me with a big overhand.

Do you think Eddie Hall can beat Hafthor Bjornsson if they ever arrange a huge rematch? Let us know in the comments

“I was thinking ‘this guy just said keep the power down’ but you know what, I knew that was going to happen.” Fortunately for Riley, he has certainly taken his fair share of huge punches during his boxing career.

But while he is adamant that he has never been truly rocked by an opposition strike, he did hint that Hall’s punch is one of the most powerful he has ever taken. “I have never been rocked; there have been punches that have hurt and made me go ‘oooh’ like from Eddie Hall,” Riley added.

“He hit me like ‘bam’ I saw the stars and then I was alright, I wasn’t shaking or anything – and that was from Eddie Hall. My whole neck the next day was like ‘oh yeah Eddie Hall banged me in the face, you could tell,’ but I took it and then we did rounds after that”.