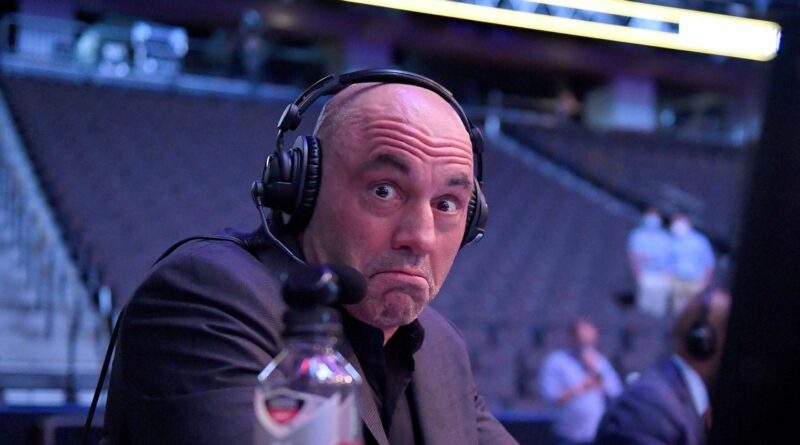 Eddie Hall has hit back at Joe Rogan after the American podcast host slammed the strongman's boxing style as 'terrible.'

Hall, who is due to fight Hafthor Bjornsson in September, has been uploading some of his training videos to YouTube in preparation for the bout, which has been dubbed 'the heaviest boxing match in history.'

UFC commentator Rogan caught wind of the clips and levelled a barrage of criticism at Hall, who has responded to the comments on his YouTube channel.

"There’s no doubt in my mind. So, people can say whatever they want.

"I take no offence to Joe Rogan’s comments. He’s an experienced guy, he knows what he’s talking about, but he doesn’t know the full picture.

"You look at a few clips, you can’t make assumptions from that. It doesn’t bother me in the slightest, it doesn’t put me off. I hope it gives Thor more confidence, because he needs it.

"He’s in deep trouble. And I’d still love to go on The Joe Rogan Show and tell him a story for everyone to hear."

Hall was responding to comments Rogan made with CrossFit ace Mat Fraser when the pair watched some of Hall's recent videos.

Rogan said: "That’s not good. Right away we’re seeing that we have a real problem. Yeah, this is terrible.

"He’s very rudimentary, but also you see that his body is very stiff. Looking at him sparring there, he’s just not moving so good

"This is super stiff. He’s throwing these punches with his arms. These are arm punches, almost like he shouldn’t be hitting things."

READ MORE: Logan Paul says he is going to fight brother Jake in 'one of highest grossing PPVs ever'

READ MORE: How Premier League stars coined it in after retirement – from property to poker

JD NXTGEN: Jordan Gill wants to break into the world rankings with a win over Emmanuel Dominguez