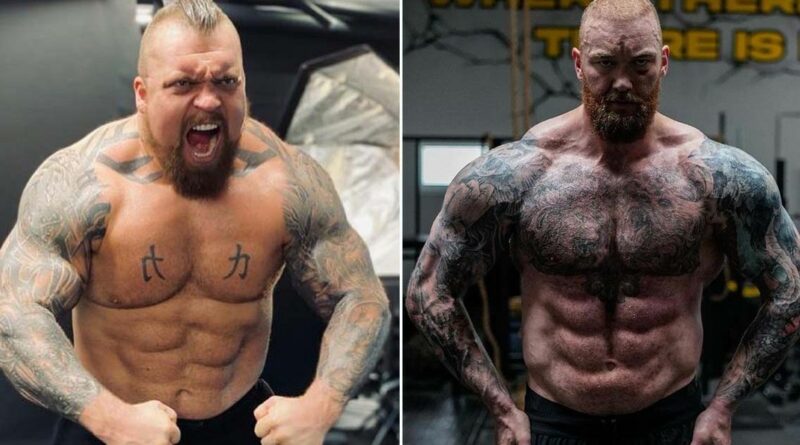 Eddie Hall and Hafthor Bjornsson will go head-to-head in a boxing match in Florida on September 18.

The contest will represent a first competitive bout for both individuals and is being dubbed as "the heaviest boxing match in history."

Hall was named the World's Strongest Man in 2017, a title achieved the following year by Bjornsson.

The fight will take place on Saturday September 18, with coverage expected to get underway at 6PM.

It has been confirmed that the pair will face off against each other at the VyStar Veterans Memorial Arena in Jacksonville, Florida.

This was the stadium that hosted the return of UFC during the pandemic in May 2020.

UFC 249 – Tony Ferguson vs Justin Gaethje – marked the first event back and took place with no spectators present.

The PPV for the fight will be broadcast via online platform CoreSports.World.

The early-bird PPV offer is now available for those interested in watching the fight, with tickets for the event priced at $14.99 (£12.99).

While Hall is yet to have a competitive bout in the ring, Bjornsson fought against Steven Ward in January, with the bout ending in a draw via unanimous decision.

Bjornsson stepped up up his preparation for his fight with Hall by taking part in another exhibition- this time against professional boxer Simon Vallily.

No official winner was declared for this fight. The pair have been exchanged words since the start of this year ahead of their anticipated fight.

Bjpornsson issued a warning to Hall over his preparation for the event, having chosen not taken part in exhibition bouts.

"Eddie, you just have to train, man. I’m taking this seriously," said the Icelandic athlete.

“I’ve seen you training. You been fighting this poor guy.

"If you want to beat me, you have to at least spar. If you’re not taking this seriously, I’m going to knock you out in the first round."

Hall later responded to this claim by his opponent by releasing a sparring video, during which he says:

"Training's ramping up, the countdown is on.

“Every punch is one step closer to punching Thor's brains out. I can't wait.”