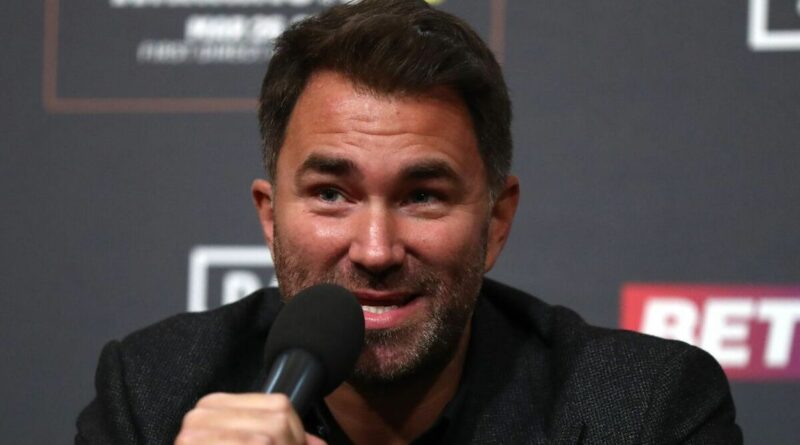 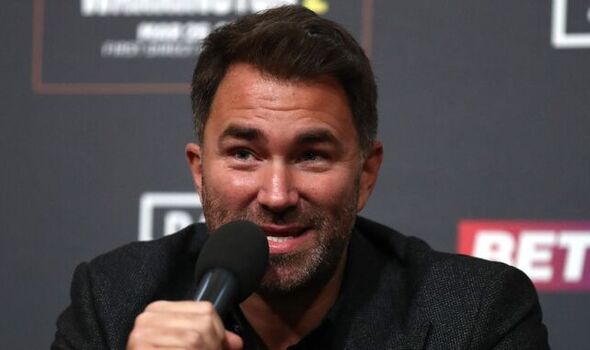 Matchroom Boxing promoter Eddie Hearn has delivered his verdict on the best heavyweight boxing match of all time. Hearn, who has been promoting fights for over a decade, believes that Dillian Whyte and Derek Chisora’s 2016 and 2018 epics are the best fights he has ever seen.

While promoting Chisora’s upcoming rematch against Kubrat Pulev in an interview with talkSPORT, Hearn discussed Del Boy’s next steps should he beat Pulev on July 9. And among the possibilities is the mouth-watering trilogy against Whyte.

He said: “I always talk about the Deontay Wilder fight and people call me out for that. But at the end of the day, Wilder’s going to fight somebody and if Chisora beats Pulev, what are you going to say then?

“All of a sudden you start talking about him in fights with Joe Joyce, Daniel Dubois, see what happens with AJ and Usyk. Dillian Whyte 3, that’s not a fight I’m looking at at the moment, but all of a sudden if he beats Pulev, Dillian is coming off a defeat to Tyson Fury, why not do number three?

“The two fights were two of the best heavyweight fights I’ve ever seen, so number three would also be a cracker. But it’s all about beating Pulev and I think for both guys it’s win or retire.”

In their last outing, Pulev defeated Chisora via split decision with many believing the fight was wider than the scorecards suggested. When the fight was announced fans jumped with joy as they were instantly reminded of the sensational build-up to their first bout. During one face-off Chisora and Pulev had to be separated by security after Chisora grabbed hold of Pulev’s head. Then chaos ensued at the weigh-in as Del Boy bulldozed through the audience after Pulev’s team.

The rematch has been appropriately billed as ‘Total Carnage’ and is set to take place at London’s O2 Arena next month. Originally, Hearn had looked at other options for Chisora going forward but chose the rematch after the fight ‘came out of nowhere.’

“I’m delighted to get this fight over the line,” Hearn announced via a press release. “Initially, we worked on some other opponents for Derek, but this fight came out of nowhere a few days ago and I absolutely love it! I think the strapline, ‘Total Carnage’, is absolutely perfect for this fight, in terms of the build-up and in terms of the fight itself.” 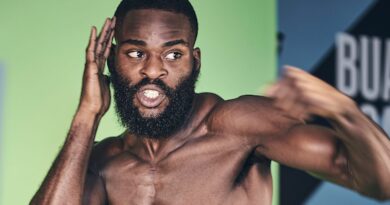 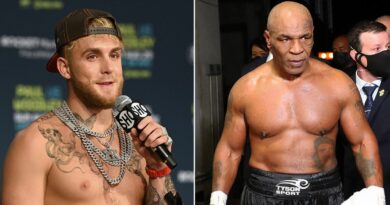