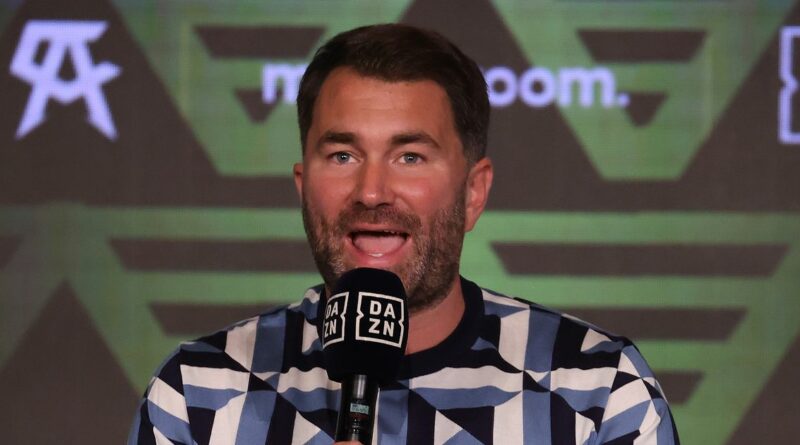 Eddie Hearn has raged at Tyson Fury, saying he “f***ed up the biggest fight in history” against Anthony Joshua.

The all-British heavyweight unification bout, which was scheduled for August 14 in Saudi Arabia, has fallen apart due to the Gypsy King not fulfilling a fight with Deontay Wilder.

Having beaten the American in a rematch, the Bronze Bomber won the right to a trilogy bout though an arbitration ruling.

And it has seen Hearn, who has represented AJ for eight years, lash out at Fury’s promoters Bob Arum and Frank Warren for the debacle.

"As I said in an interview, I can't say that I succeeded, because yes I got the deal done, yes we did everything against the odds, but I didn't get them in the ring.

"So, rather than celebrate ‘oh, these guys they played you’, why don't you be angry with the fact these guys f***ed up the biggest fight in history and made sure that the undisputed heavyweight world championship didn't happen.

"Ask them why the reasons are that they decided to do that."

Fury, as the holder of the WBC belt from Wilder, was looking to take on AJ to take the IBF, WBA, IBO and WBO belts from the 31-year-old.

With the Gypsy King to take on Wilder and the four-belt champion to face a compulsory bout against Oleksandr Usyk, the promoter appears to have reached boiling point.

Hearn added: “It's mad that people want to celebrate the fact that, 'Ah, these guys, they were just winding you up the whole time'.

"Is that really what you want to celebrate? Or do you want to say how has the fight not happened.

"Because I tell you what, all I've done over five months is work my b******s off to try and make this fight happen. Bob Arum, Frank Warren, 'This fight won't happen, they'll never get a site deal, the Saudis don't want it in August'.

"Every excuse under the book, I dealt with all that, we got it into place with all their lawyers.

"And people talk about the arbitration, all our lawyers from all teams were on the phone finalising everything nonstop, like loads of work's got into this.

"Months of work, so do I fee like I've been played? I haven't really thought of it like that, I feel disappointed, I feel cheated." 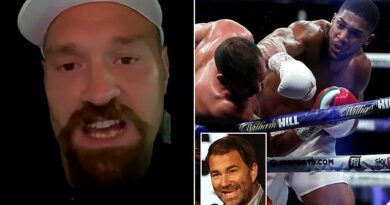