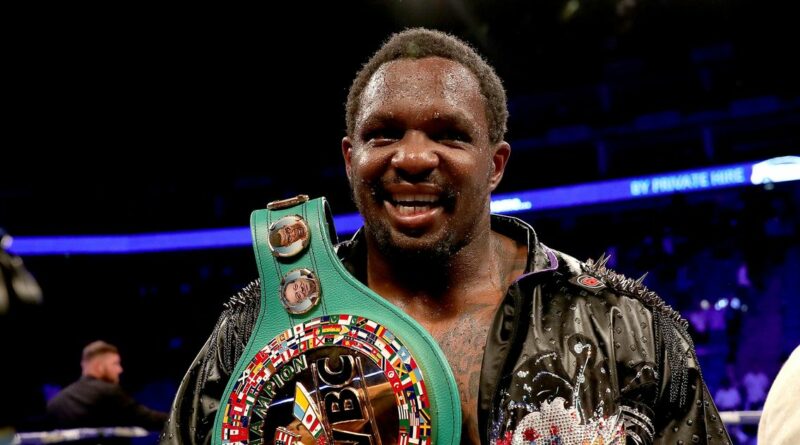 Eddie Hearn has claimed Dillian Whyte is “ready to jump in” on short notice to face Deontay Wilder.

Hearn's comments came just hours after it was reported that Tyson Fury had tested positive for COVID-19, leaving the Brit doubtful for his upcoming clash with the Bronze Bomber.

Fury and Wilder were set to face off in a highly anticipated trilogy bout later this month, set for the T-Mobile Arena in Las Vegas.

The contest was set to take place almost a year-and-a-half on from Fury’s stunning seventh-round knockout of Wilder in their previous fight, and the Gypsy King was set to enter the trilogy clash as a heavy favourite.

However, late last night ESPN reported that multiple people in Fury’s camp had tested positive for COVID-19, including the current WBC heavyweight champion himself.

While it was suggested that the event would be rescheduled for later this year, Matchroom Chairman Eddie Hearn tweeted late last night that heavyweight contender and fan favourite Dillian Whyte is willing to step in on short-notice and save the event.

Hearn tweeted: “Spoke to Dillian Whyte – he is due to fight end of August but ready to jump in July 24 v Wilder.”

A clash between Wilder and Whyte would be an intriguing prospect, to say the least. Wilder is, without doubt, one of the biggest punchers in the history of heavyweight boxing, boasting 41 knockouts in 44 fights.

Whyte, on the other hand, is perhaps one of the most durable and battle-hardened contenders in the division. The Body Snatcher also boasts serious knockout power of his own and is widely considered one of heavyweight’s most underrated boxers.

Would you be interested in a clash between Deontay Wilder and Dillian Whyte? Let us know in the comments section below.

In addition, there is a genuine rivalry between the pair.

During a recent press event for the upcoming Fury clash, Wilder was asked about Whyte and ranted for several minutes about the British contender.

"Dillian Whyte could have got this work," Wilder told Sky Sports.

"He ain't nothing but s*** to my toilet paper, that I flushed a year ago.

“But let him keep fighting. Keep going mate. Soon we shall see each other once more and see that he grow some type of balls.

"It doesn't matter to me what he said to me. Silence is golden.

“It's just like having many roaches and when you put that light on, they are going to scatter.

“You are going to kill some, but some of them are going to go get free. The ones that get free, you can only hope to get them when you put the lights on again. Run roach run.

"He is the bottom of my feet, the scum between my toes. That's what I look at him."

Several weeks ago, Wilder posted a video on social media of him completing a 310lb bench press. While it was a slightly shaky effort, the former Olympian screamed in celebration with his coaching team.

Whyte responded just hours later with a video of his own. The video showed the Body Snatcher easily dumbbell pressing the same weight as his heavyweight rival.

At the end of the clip, Whyte told his 430k followers “these guys are out here screaming, doing the little weights. That’s how I know Wilder is a p***y.”

The Body Snatcher also used the caption of his post to mock his rival.

“Deontay Wilder screaming with the light weights. Coward I rep your max.

Perhaps fans will be treated to a clash between Wilder and Whyte sooner than anyone could have imagined. 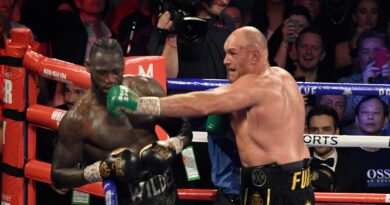 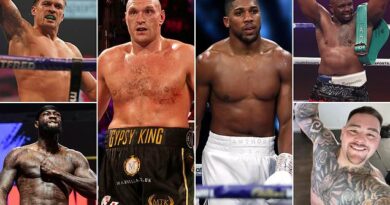