Anthony Joshua’s promoter Eddie Hearn says that boxing will return better than ever once the coronavirus pandemic dies down later this year. Hearn mentioned Joshua vs Tyson Fury as a potential clash that could be made at the end of the year.

Joshua and Fury hold all the belts in the heavyweight division and a huge undisputed fight has been tipped by boxing fans to take place this year.

But the coronavirus crisis has cancelled or postponed all upcoming boxing events.

The virus has also affected sporting schedules across the globe, with multiple countries on lockdown.

JUST IN: Anthony Joshua was ‘happy’ Tyson Fury beat Wilder for one reason 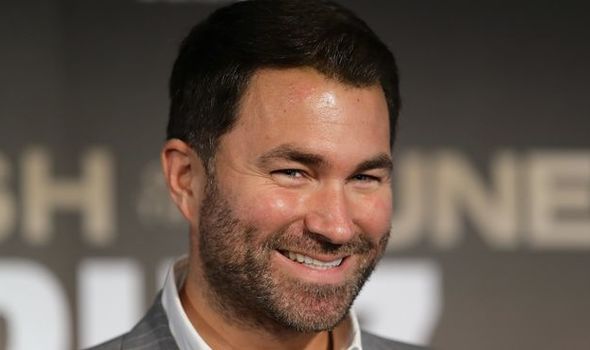 But Hearn is hopeful that boxing will return better than ever once restrictions are lifted over the coming months.

Hearn believes that fighters will want to jump into the biggest bouts possible, including Joshua vs Fury.

“I think anything can happen right now. I don’t want to get people too excited about potential Joshua vs Fury fights right now,” he told iFL TV.

“But I do think that there’s going to be a fallout from this kind of thing that changes the landscape.

“And for boxing, I think you will see fighters being moved into bigger fights quicker.

“I think people will realise that some things aren’t guaranteed, nothing is given.

“And rather than having a warm-up fight, or having this one first or another one, people will be looking to have bigger fights. 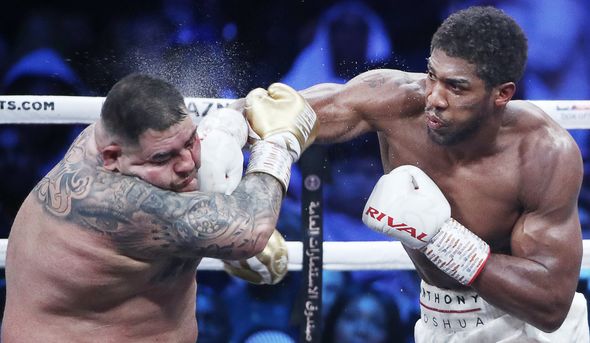 “And when we come back, we need to make sure we make the biggest fights possible and the best shows possible.

“When you come back, don’t just expect the whole world to go back to normal.

“That will happen in time but we need to get the confidence of the fans and the momentum we’ve built for boxing has been incredible.

“The momentum will have slowed down now, we won’t know how much until it gets back.

“People will always love boxing but it was so hot, now we’re in a situation where it’s been taken away for three months.

“So we need to make sure when we are back, we give you the best possible product, nights out, TV programmes to show and remind you how great the sport is.”

Lomachenko vs Campbell: Assessing the options for Vasiliy Lomachenko

Strong chance of being without fans, reveals Eddie Hearn