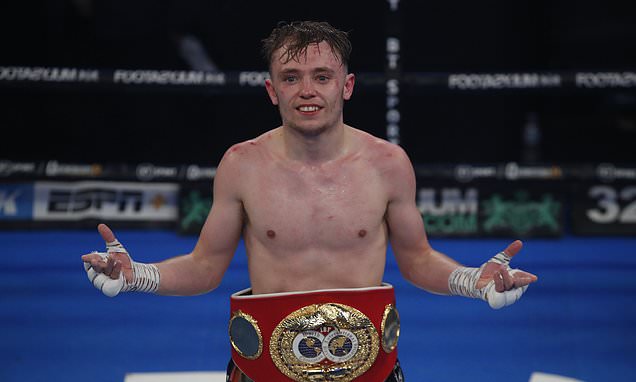 Sunny Edwards has become the second member of his family to win a flyweight world title after a near-flawless performance against South African veteran Moruti Mthalane.

With the exception of a handful of moments in the final three rounds, when he was caught with single shots, Edwards was masterful in keeping Mthalane at range, and dominated the 38-year-old with his jab and excellent movement. 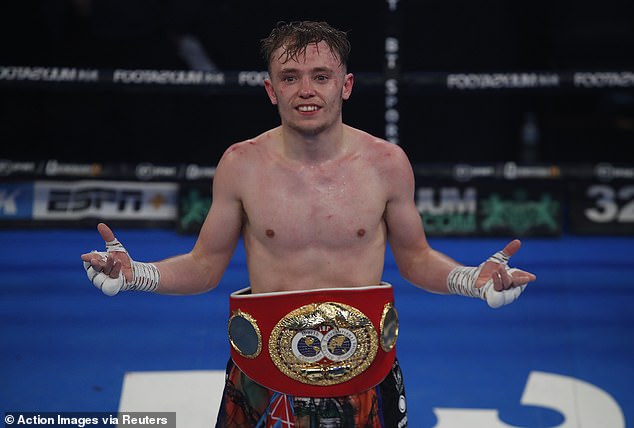 Edwards, who improved to 16-0, said: ‘It was nothing less than I expected. I have been saying it all the way through. 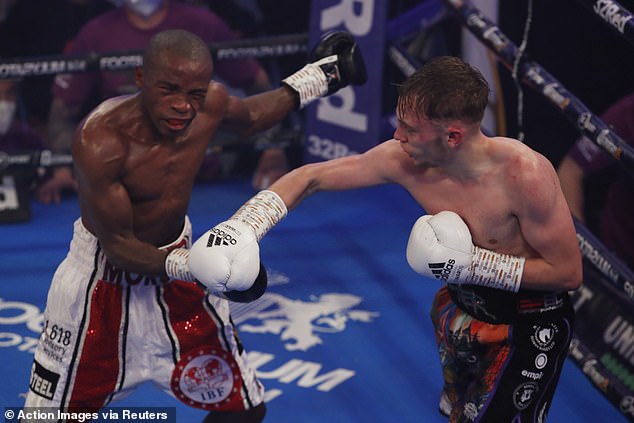 ‘After the sixth round he came quick for seven and eight and I was tying him up well but I heard him breathing and I thought another round or two and he will flag. When I started letting my hands go I was scoring.’

He added: ‘I am glad I put on a show against a great champion. He will give nightmares to other fighters. I am happy. This is what I came here for.’

Promoter Frank Warren said: ‘It was a masterclass, the art of boxing. That was one of the best performances I have seen in years from a British boxer. He has just beaten the No 1 fighter in the world. If Floyd Mayweather was watching that he would say that was a fantastic performance.’