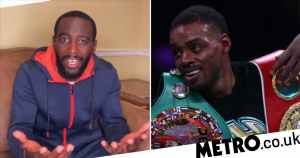 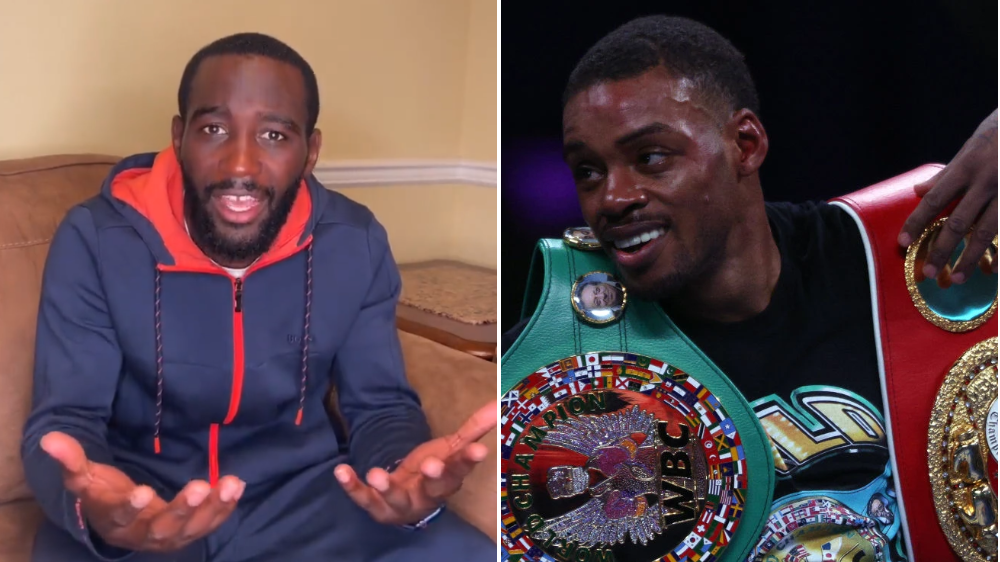 The war of words between Errol Spence Jr and Terence Crawford has continued with each man blaming the other for their proposed unification showdown falling though.

Hot on the heels of Tyson Fury vs Anthony Joshua collapsing, one of the most eagerly-anticipated fights in boxing between the two undefeated welterweight kings also fell by the wayside following a contract dispute.

WBO champion Crawford released a 20-minute ‘raw and uncut’ video on Tuesday, insisting he was ‘getting f****d’ in the proposed deal by Spence and his advisor Al Haymon.

The 34-year-old revealed two unnamed groups offered to pay him and Spence a guaranteed purse of $25million each for the fight only for Haymon to step in and refuse to work with third parties.

Crawford also insisted he was ready to accept an offer that would have seen him move forward without a guaranteed split, convinced a share of the revenue would make it worthwhile.

Spence has now fired back at his rival, insisting he and his team were doing ‘all the heavy lifting’ during talks.

‘He claims that his concerns over having transparency on the revenues and expenses for the fight was the big issue that killed the negotiations. My side agreed to show him everything,’ he wrote in a series of tweets.

Spence added a draft agreement of the contract proves Crawford would have received guarantees of PPV sales from the fight, challenging his rival to share the contract online to prove him wrong.

Addressing the mystery investors who offered $25m to each fighter, the IBF, WBA and WBC champion defended his team for taking the right stance.

‘All money not good money I asked him where the 50 mill coming from who is over the hedge fund/ putting the money up he couldn’t tell me… I think we all need to just meet in person,’ he wrote.

‘A smart boss surrounds himself with the people who are the best at what they do and can help in my decisions.’

Crawford is set to defend his title against David Avanesyan 10 December, while Spence could now be in action the following week against Keith Thurman on 17 December.